Wahine Toa: This is what it’s like to have brains and brawn

Always daring to tread new territory proves Stacey Kwan is just built differently. Returning to formal education after years away, she took the plunge and became one of the newest Part II students in the Law School last year. Not being content with academic achievement alone, she also decided to venture into the massively different world of kickboxing.

A regular at the Shuriken MMA gym on the North Shore, Stacey snapped up the offer to undertake a 20-week program that takes total beginners through combat training, a dietary regime, and ultimately culminates in a 3-round bout.

While it was Stacey’s first amateur match, fighting itself was not exactly something foreign to her. “Growing up I was kind of a tomboy,” she says. “So, while I was definitely nervous, I wasn’t necessarily scared – I was looking forward to it.”

Her fight was initially delayed by the February lockdown, but on Easter weekend, Stacey finally got her chance to showcase her abilities, making her entrance to the theme of Missy Elliot’s hip-hop classic ‘Sock It 2 Me’.

The contest ended when her opponent verbally submitted in the first round. “I was hitting her with a couple of one-twos to the face, and I was chopping her legs, and I could see she didn’t really enjoy that,” says Stacey. “I went in again and she covered up. I could see she kind of had enough, so I decided I’d take a crack at her legs one more time to see if that was everything.”

Stacey’s battle in the cage lasted around 90 seconds, but subjectively, it felt much longer to her. “Everything occurred in slow motion,” she says. “But at the end of the fight I was so gassed – it felt like I had just sprinted a 300-metre race!”

“I don’t know if that’s because I had unconsciously held my breath, but you can probably appreciate that you don’t know what you’re going to do until you’re actually in the fight.”

Even after having exchanged blows during the encounter, in the aftermath there was nothing but respect between her and her opponent. “My opponent was my training partner for the last 20 weeks, so we had obviously become quite close,” says Stacey. “Following the match, when I saw her come out of the changing rooms, I gave her a hug, and it was a very emotional moment.”

Having all her hard work pay off in a victory was sweet for Stacey. “It was pure elation. After the fight, I put on the new dress I had bought, put on some perfume, had a drink, and took it all in.”

For the time being, kickboxing will go on the backburner while she focuses on her studies, admitting the threat of physical force still pales in comparison to what students go up against in the Law School. “I was much more nervous about my exams last year,” she says.“There was so much riding on it.”

However, Stacey says the experience of fighting has left her better equipped for her academic pursuits. “Walking out to the ring was a little embarrassing, because all eyes are on you,” Stacey admits. “But I took advice from my trainer, and shut out everything around me: the lights, the noise, the crowd. That’s a mindset I’ll be taking into the next set of exams I have.”

Even though Stacey might be quite capable of going head-to-head with others in combat, she approaches university with a compassionate purpose in mind, and as a proud member of Te Rākau Ture, Māori are central to it. “I’m here to put myself in a position where I can help people.”

Stacey also derives motivation from the key source that is her son. “He likes to pick on me,” says Stacey. “It’s not an everyday thing, but sometimes he says that uni matters more to me than him, because I’m always in the room studying.”

“But I’m the first example in his family of going to university, and I would like him to also get into tertiary education,” she says.

“I hope one day he can understand that this is all for him.” 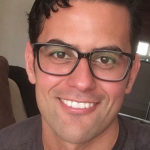