The Impending Loss of Originality-core?

As the great Coco Chanel once said, “Every day is a fashion show, and the world is your runway.” Over the years, we’ve come to witness that clothing isn’t just clothing but a form of self-expression and an extension of our skin. The possibilities are truly endless. But with the rise of cores and aesthetics, we’re now eagerly embracing—or being harshly shoved—towards a community that shares our same romanticised interpretation of a particular fashion style. A friend once made an off-hand comment that the pandemic gave rise to Gen Z’s insufferable individuality complex. The desire to be the main character from an A24 film has arguably taken up too much space in our Pinterest board. But why do we feel the urge to differentiate ourselves? Perhaps it was all the media we consumed. After all, we’re the generation raised on the ideology that being different is good.

However, the overwhelming popularity of fashion subcultures seems to dismantle our belief in originality. Gone are the days where one could wear a flowy white dress with puffed sleeves and not be labelled as cottage-core. Three months ago, I saw a person sitting in Starbucks, their tall cold brew in one hand, an aged

poetry book in the other. Tucked behind an ear was a cigarette, and of course, to complete the look, they were wearing a pair of Dr Martens. Instinctively, I classified them as grunge meets dark academic (think Riverdale’s Jughead Jones). I never meant it judgmentally, but it proves how easily it’s become to determine one’s personality by looking at an outfit. The intent isn’t to disregard these fashion ideas as I occasionally enjoy these trends, but the problem lies in the fact that while trying to find a unique style, you find it in others. It’s a contradictory logic: we’re all special, just like everyone else.

The popularity of “-cores” seemingly came out of nowhere, yet pioneering Tumblr users say differently. Rewinding to the year 2014, Tumblr was at its peak. Lana Del Rey and Arctic Monkeys lyrics swarmed your feed, and a tennis skirt was a wardrobe staple. Fashion was the largest community on the site, and numerous groups started to distinguish themselves by creating fashion philosophies. And so, grunge, kawaii/pastel goth, and hipster paved the way for our indie-, goblin-, princess-core. Simply, it’s a perfect illustration of trend evolutions.

Being based on individuality and independence, the indie aesthetic is one of the most recognised styles on social media. It’s the modern take on Tumblr’s hipster, as outdated as that term is; at the heart of both categories lies the innate wish to be different. It again raises the question of whether you genuinely have that special spark if everyone surrounding you has it the same way. I used to think I had a moderately unique way of dressing until “indie” became the new normal, which essentially defeats the whole basis of the indie taste. Maybe denial was coursing through my veins at some point, but my epiphany occurred in late 2019 when a close friend said that I was the “indie girl.” I’d never considered myself indie. It felt like a life sentence. To my dismay, I’d been categorised. The universe served me a massive plate of irony.

It turned out to be a premonition. The fashion gods were preparing us for Tumblr 2.0. An Aesthetics Wiki Moderator, Angela Yin, stated that “People always ask what their aesthetic is because they want something to define themselves.”1 If we do a little introspection, it all comes down to human nature. We need to belong. Whether it’s religion, music, film, or a love for pottery, we gather around shared passions. Fashion, with a global market value of approximately $759.5 billion2 , is no different.

What’s fascinating is that my generation has accomplished the romanticisation of the most basic, versatile clothing with the rise of Bella Swan / Twilight-core. Now is the time to read up on vampire mythology, appreciate forests and rainy weather, and have “Supermassive Black Hole” as the most listened to song of the month. Suddenly, a plain top with borderline skinny jeans and dirty converse is considered the outfit to wear. Not to mention, it was only a few months ago that Generation Z and Millennials were feuding over stylistic choices—are cores becoming more about conformity? As Bella Swan herself said, “From now on, I’m Switzerland okay!”3 Or maybe it’s more about the power of projection—Bella Swan was created bland, but that didn’t stop her from being the main character.

Belonging to a stylish mini-society must feel rewarding. It requires passion, effort, time, and money to make a look cohesive; it’s a realm of creativity that emphasises the inner self. Validation and inspiration from mutuals is also a gratuity because as much as you want to believe you’re doing it for you, fitting under the cottagecore hashtag with 7.4 billion views provides satisfaction. Or maybe the indie aesthetic with 6.4 billion views? Fairycore has 825 million, and even the lesser-known urbancore has 8419 views.

Individuality seems to lose strength as soon as you’re designated to an aesthetic group, and the line between individuality and conformity starts to blur. Conformity isn’t a terrible thing. If you’re comfortable, then disrupting things is the last thing on your to-do list, and it’s understandable. Fashion trends are on a never-ending cycle, so why bother changing when it’ll be back in a few years? It’s a good argument, but fashion and our perception are constantly evolving. Low-rise jeans were considered a mistake in the 2000’s and have had a significant and controversial comeback this year. Leg warmers were aerobic wear in the 1980’s and are now worn with mini skirts and platform shoes. Cores and aesthetics have proven to work, maybe a little too well, considering it’s “just a result of wanting to look cute on social media.”5 But dress to impress yourself, break free and venture out. Just don’t be too disappointed in realising your unique style was done by 10,000 other people before you. The unsatisfied victim complex is to blame. 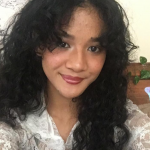