We at Landlord’s Weekly are known for our cheery tone and our unbridled enthusiasm for showcasing those who put food on the nation’s tables, and providing a cold house for them to develop bronchitis in. We’ve had a good few decades, and our magazine has reflected that. But not any-fucking-more. The barbarian savagery inflicted on the landlord these last two months… we have never seen such injustice, such systemic cruelty inflicted on New Zealand’s most prosperous and therefore most important class. Genocidal intent has been declared on the Mum and Dad investor. But we at Landlord’s Weekly will resist, and by God, we will survive.

Packing up for good

My wife and I have made the sad decision to exit the game – with the incoming changes limiting our ability to increase rent to once a year, Margaret and I can no longer justify staying on the property ladder, and we will be selling our 17 properties in Maraetai over two months. While exiting the game will give us a $64 million windfall to afford 12 months of SKY and a Herald subscription, we consider ourselves ruined.
Farewell,
John + Margaret

The night the lights went out in Onehunga

My name is Barbara Longmead, and I am the legal communicator and interpreter for Scott Covington, who has been suffering New Zealand’s most severe case of locked-in syndrome following the confirmation from his accountant that he was liable for a $7000 addition to his tax bill in 2022. Scott leveraged his entire reputation on the idea that he could retire on the existence of a single tenant, but that was not his best career idea. Upon realising this, he promptly suffered an intracerebral haemorrhage, and has only been able to communicate to Magic Talk via a complicated alphabet of eyelid movements ever since. Despite this considerable change, he remains in high spirits, and asks me to read every issue of Landlord’s Weekly to him when they come out. He hopes to be able to raise rent prices with his own finger by 2024. Keep up the good fight, LW.
Warmest regards,
Barbara Longmead

My property manager has always been good to me and my kids – when my daughter Cassie was recently bitten by a rat-king that had formed in our attic following seven years of being denied access to the heating systems, you know who was the first to call the ambulance? George. When Debbie developed mould poisoning from our shower within three days of moving in, you know who offered to get someone to scrub and sterilise the bathroom for one $600 payment? George. That’s what the bludgers of this fuckin’ country don’t get. George is my closest friend, he was my best man. It’s an attack on our best folk, and if I ever see that horse-looking bitch in public, I’ll give her a choice word from my mate George, I tell you what. She’ll fuckin’ resign in disgrace.
Sincerely,
Anders Blakewood

“Hey LW! Just one thing. New to this country – is it normal for my landlord to waive most of the expected costs for my long-term habitation of the property? Was not aware of this!” – Fawn Dreshwater

Hello, Fawn! No, this is unusual – but at LW, we think that’s a really swell thing for your landlord to do. They should get in touch with us for a profile! 🙂

“If I am about to be visited by the government, and I cannot get in contact with my long-term landlord – who has not given permission for an unlawful inspection of their property – can I reasonably ask the government to wait until I am ready? Somewhat of an urgent question, to be honest. Cheers.” – David Koresh

Thanks for the question, David! Unfortunately, we’ve had a bit of a backlog in our mailbox, so we hope we’ve gotten to your question in time. Nonetheless, there isn’t much you can do, I’m afraid. While your landlord must provide – in writing, or an email approximate – at least 24 hours notice of an upcoming visitation to the property, government services need not abide by such requests. Hope this helps! 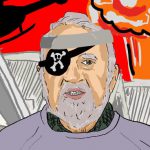