A Confession from a Shopaholic

Diving deeper into the ‘world’ of trends

We live in a fast-paced society. Fashion trends fluctuate constantly. Everyone is desperate to own the next big thing in hopes it will increase their status. It determines what category we fall into, which aesthetic we portray. What is your thought process when you see that must-have item on your wish list? Bella Hadid is wearing that new dress! I have to get it! Kaia Gerber is wearing those new shoes I’ve had my eye on. Now it’s my turn to buy them!

Fashion revolves around what your clothes say about you. Wearing the latest fashion from this season prioritises you above people who wear last season’s fashion. Wearing a polo with the Ralph Lauren logo versus a plain, unbranded one may also be seen as fashion forward. Or wearing a suit suggests professionalism, and therefore intelligence, whereas sweatpants and a baggy t-shirt may give people a different perception. This expectation of judgement restricts our individuality and promotes our financial class, information that we do not wish to give away, but fashion makes conclusive.

High-end brands are built on class divides. They sell an ideal. Managing director of Harrods, Michael Ward, said their “target audience is the top 0.1% of the world’s wealth.” Fashion has been a display of wealth since the consumer revolution of the 18th century, during which the expanding middle class gained disposable income, which they spent on items that represented their belonging to a class. Fashion has ultimately become a branding culture due to this environment.

Sneakers are a popular example of branding culture. A commercialisation of cool. Their association with celebrities and other brands increases their status, consumers status, and branding culture. In 1986, Run-DMC released the song My Adidas, leading to a sponsorship deal with the brand, intertwining sneakers and pop culture forever.

Upon asking a friend of mine, and adoring sneaker fan, Zach Lowe, aged 18, why he thinks people drift towards the branding culture, he told me, “Nowadays people are focused on what brands you wear rather than how [it] actually looks… Which can lead to people paying crazy prices for things like a pair of Nikes, to be ‘drippy.'”

It is a symbol of style. With a few clicks online, any person can identify the latest shoe and purchase them! No unique flair is needed, just the word of a marketer and boom, you are considered to have ‘drip.’ However, this is risky business. What is determined as desirable one day can become out of date the next.

Take the infamous Converse x COMME des GARCONS PLAY. Sneakerheads of today consider them the epitome of entry-level hype beasts. What started as somewhat exclusive to the wealthier class of society quickly became overworn, and the allure of its exclusivity was lost. In this capitalist industry, trends go as fast as they come. Wearing this item was a symbol of class, of luxury. It separated you from the crowd. Now, it is a meme. They are overworn and overrated. Along with many other sneakers, it lacks individuality. Consumers can change the fate of brands, as seen with these Converse x CdGs. Consumers desired these exclusive shoes during their initial release, but now due to accessibility and attainable prices, the public has changed their minds and, thus, the brands’ success. Even Travis Scott was clowned for wearing them in an Instagram post on April 24th, 2021. Negative comments included, “my guy’s in 2014,” “man has millions of dollars and still dresses like a high school sophomore,” “oh my god why would you wear those…”. This post was likely a strategic move on behalf of COMME des GARCONS to attract more consumers. Yet, it also illustrates how difficult it is to keep up with trends. If Travis Scott cannot revive a pair of sneakers, can anyone?

Therefore, influencers are the fashion industry’s most significant assets. Travis Scott may not revive this pair of sneakers, but he gets people talking about them, just like Run-DMC did with Adidas. This is what branding culture loves! Talking about brands encourages their rank. The revival of another shoe, Dr. Martens, is considered by some fashion enthusiasts as owed to the Generation Z influencer, Emma Chamberlain. With 10.5 million subscribers on YouTube and 13.4 million followers on Instagram, her reach is extensive and influential. Her outfits foreshadow upcoming trends as teenage girls flock to her for advice (guilty). Her fashion status has earned her luxurious brand deals, such as with Louis Vuitton. High-end fashion brands recognise the audience they need to market to and achieve this through celebrities, including Run-DMC, Travis Scott, and Emma Chamberlain.

What is the next step for fashion now? Trends and what they suggest about a person’s status are a permanent and crucial aspect of the industry that will never disappear, nor will their followers. Initially a basketball shoe, Converse rose to fame during the 1980s and 1990s, but now their title is overtaken by Nike Dunks and Jordans. Jumping too quickly on a trend has its consequences. No one wants to be clowned like Travis Scott! What is today’s news may be tomorrow’s trash. 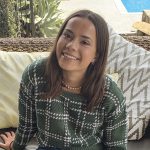