Are we playing our part in cultural competency?

By now most UoA students should know of the open letter signed by various university professors that kicked up some controversy a couple of months back. The letter was published in the Listener at the end of July, and claimed that increasing the use of mātauranga Māori in science education was a bad idea as it was not science. Soon afterward, the Vice-Chancellor made a statement saying that the views put forward in the letter didn’t represent the University and the Acting Dean of Science, Douglas Elliffe, stepped down from the position. End of story…right?

Unfortunately not. I believe the publishing of this letter was ultimately a good thing as it brings to light one of the more subtle ways in which racial discrimination can surface through condescension and dismissal of indigenous knowledge, values, and issues.

To claim that mātauranga Māori is not science is not an idea or position that requires an open letter, as it is not something mātauranga Māori tries to be – it is knowledge. However, there is a difference between acknowledging the difference between the two but regarding them as equally valid AND treating one as superior to the other. The defensive way in which the letter insists that mātauranga Māori is in some way less valid than western science indicates the authors are attempting to do the latter. It adds insult to injury when a few of those authors aren’t from science faculties, namely, philosophy and critical studies in education. This belief, which is only held by a few academics spread across several different faculties, is something I think needs to be discussed more, as it’s something not limited to university higher-ups.

Being a pākehā, I strongly doubt that I’m the best person to discuss issues like this, nor do I want to be the last word on this subject. When I was younger I perpetuated the problem: goofing off and not taking Māori classes seriously at intermediate and in high school, which is something I regret now (sorry Mrs Orr!). So while I can understand how those behaviours can be perpetuated into uni, it can be deeply uncomfortable to observe. I can’t even begin to imagine how disappointing and hurtful it is for Māori students to see their peers so dismissive of the inclusion of Māori into any subject that doesn’t explicitly reference it in the course title. As a Global Studies student, I’ve bounced between more than a dozen different academic fields: from comparative literature and sociology to international business and public law. This shotgun scatter of a uni experience means two main things: I’ve been able to see how different fields incorporate Māori knowledge and principles into their curriculum, and how students taking those courses have responded to it. Unfortunately, that response has often been negative.

As a whole, and this is certainly not applicable to every student, it definitely feels like some view parts of their courses that focus on Māori to be less important than the rest. This can surface in a number of ways, from making those lectures lower priority when it comes to studying to neglecting assignments based on the content. Personally, I have noticed a drop in attendance when lectures including Māori interests and perspectives are conducted. It’s not much; maybe about 10-15%, but it’s consistent across multiple different faculties. The exception to this in my experience has been in my law classes (but don’t tell the law students, they’ll be even more up themselves).

The most insidious aspect of this type of prejudice is that it can be held and acted upon by people with little to no self-reflection. And while a few who participate in this behaviour understand what they are doing and do it deliberately, most assume that since they hold no negative beliefs towards Māori then their actions are overall positive. Counter to this line of thought, casual dismissal or a generalised sense of lower importance can be greatly harmful to the people and culture being dismissed.

Consistent devaluation of Māori knowledge and values in primary and secondary education has led to a culture in academic spaces that dismiss things like the telling of Māori stories, the learning of one’s own pepeha as mere obligatory tokens, which must be performed in order to move on to the actual important stuff. This not only lessens non-Māori understanding, but maintains the systems which create this issue to begin with. There is also the potential issue for a vicious cycle, where to boost engagement, existing Māori content is lessened or made easier, which in turn makes it easier to invalidate.

As a way to give more direct feedback, it seems a good idea to highlight the best and worst faculties (in my own personal experience) for the inclusion of tikanga in their curriculums. However, a small disclaimer: since my experience has been so broad, my knowledge of each faculty and its teachings isn’t as good as someone majoring in that field. I’m also aware that my own academic focus, Global studies, focuses primarily on Europe and Māori aren’t prioritised as much in a lot of my classes.

With that out of the way, here are some of the more disappointing fields followed by the better ones:

Earth science: While I understand that Earthsci doesn’t involve people that much, one would feel a course on how natural hazards impact people in Aotearoa should include some Māori knowledge, or at least an acknowledgment.

Geography: I’ve taken a few Geo courses, primarily urban geography and while Māori as a group were mentioned a few times, it was never substantial, usually as a sort of footnote to the main material. You know the type of thing, ‘blablabla this, blablabla that – oh and this also affects Māori’.

Global Studies: It’s a bit hard to discuss GS’ inclusion of tikanga in their courses since it’s such a massively diverse field by definition. However, the core courses do a good job at making students aware of potential issues with effective communication and interaction with different cultures, with special attention given to contemporary Māori values and issues.

Comparative Literature: Probably not a big surprise, but Complit’s incorporation of Māori stories and the knowledge and history weaved into those stories into the subject is both useful in bettering one’s understanding of Tikanga but also helps to counteract the trivialization of Māori storytelling.

This dismissal can have severe knock-on effects in student’s future careers, especially those going into fields where frequent interactions with the public are expected. Imagine if a Law student were to neglect an elective like Māori justice and then goes on to become a criminal lawyer. Māori are disproportionately overrepresented in this area and since these classes are not compulsory the student would be unequipped to work with tangata whenua.

Even those that stay in more academic spaces can be negatively impacted by their lack of knowledge, as most Arts courses are heavily based on the discussion of different ideas and perspectives. By rejecting Māori knowledge, you effectively remove an additional perspective from your mind, ultimately limiting how impactful your work can be. So…get off your ass and get to your tikanga classes now! 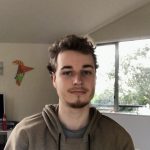