A Very Important and SERIOUS Petition

Why we must succumb to irrational outrage

While many people in Aotearoa gladly engaged with Mahuru Māori, the ever-resilient supporters of Hobson’s Pledge again protested against the use of words that they don’t like. For those that aren’t familiar, Hobson’s Pledge is a lobby group that has a bit of a penchant for peddling outrage. A few years ago, some unsightly pamphlets started popping up in the letterboxes of affluent suburbs. Ever since then, the group has continuously fired off articles, press releases, and petitions targeted at their audience’s bogeymen. This has included criticism of Treaty settlements, the orthodox rulings of top judges, and the unavoidable reality of the past.

Recently, Hobson’s Pledge has again taken part in this time-honoured tradition with a campaign on their website, entitled New Zealand NOT Aotearoa. As described in the title of a recent media release, the campaign is “a petition to ‘eradicate’ Aotearoa from official use”, and Hobson’s Pledge have prepared a delectable assortment of logical fallacies for the campaign. Such compelling arguments clearly warrant a completely genuine exploration, void of any sarcasm.

What you ‘need’ to know

Before I say anything, I need to relay an important message from Hobson’s Pledge:

Hobson’s Pledge is NOT racist!!!

Now, I understand that you may raise an eyebrow and doubt that claim when Hobson’s Pledge proclaims that they want to ERADICATE Aotearoa from official use, but before you judge, please understand that ERADICATE is simply a cool-sounding word used from a place of utmost respect for Māori culture. And besides, if a word apparently threatens to DESTROY democratic processes and the public coffers with it, it only makes sense to destroy that word back, right?

Why you should care

Now, while we may have established that Hobson’s Pledge is NOT RACIST, you might still be wondering why public usage of a country’s official language is such a big problem. Hobson’s Pledge have provided some interesting reasons why:

“The six syllable Aotearoa is cumbersome and difficult for non-Maori speakers to pronounce – this cannot easily be overcome.”

Apparently, poor Māori pronunciation is a major obstacle and rather than attempting to address this, we should just refrain from using Te Reo! I can only imagine that they argue this point because they care greatly about the correct pronunciation of Te Reo Maori. Also, according to the linguistics experts at Hobson’s Pledge, ‘Aotearoa’ has six syllables. Ao-te-a-ro-a. That’s six syllables, right, Mr. Brash?

It also seems that our efforts to brand ourselves as a country are so fragile that the acknowledgment of Aotearoa as a name will single-handedly undermine all of it. Something like the Mandela Effect would cause everyone to spontaneously forget about our country, and even more cartographers would forget to draw it on their darn maps.

“New Zealand, translated from the Dutch ‘new sea-land’, is a beautiful and appropriate name for our islands.”

Of course, another thing to note is that ‘New Zealand’ is just a beautiful name. It’s certainly not lacking in originality, and something about its old European flair is just so charming to the folks at Hobson’s Pledge. NOT in a racist way, of course! I assure you, Hobson’s Pledge is NOT RACIST so they are able to fairly judge between the merits of ‘New Zealand’ and ‘Aotearoa’. This is why they reach for the often forgotten etymology of ‘New Zealand’ while ignoring the well-known meaning of ‘Aotearoa’.

Besides all this, however, Hobson’s Pledge has one very important reason for objecting to the use of Aotearoa: it presents a SERIOUS democratic issue! It’s basically a well-established legal principle. Clearly, rather than simply accepting the use of our country’s official language, another vital and costly referendum is NECESSARY to protect democracy! As Hobson’s Pledge suggests, the government’s continued use of Aotearoa is going against what ‘the majority’ wants! What majority, you ask? Well, some majority of some amorphous group of people, that’s for sure. And going against ‘the majority’ is undemocratic, so Hobson’s Pledge are taking a stand!

What else you need to know

Of course, Hobson’s Pledge does much more than stand up for their right to refrain from reading, hearing, or seeing Te Reo Māori. The group has been active for several years now, and they’ve made valuable contributions to some intense debates around history, policy, and law. In pamphlets such as, “To ALL New Zealanders – Are we being conned by the Treaty Industry?”, Hobson’s Pledge have traded blows with some of New Zealand’s most respected historians and suggested that actually, colonisation was a pretty good deal for Māori people. What sort of evidence did they use to support this ambitious conclusion?

“For a society that had not even invented the wheel or writing, colonisation brought all advanced inventions, comforts and modern medicine of the Western world. In 1840 the average life expectancy of a Maori was less than 30 years. In 2013 it was 73 years for men and 77.1 years for women.”

Yup, that’s right. Amongst their other Gish gallop fallacies, the peerless historians and rhetoricians at Hobson’s Pledge seriously decided to compare life expectancy in 1840 with life expectancy in 2013 — and with no citations, at that. This might seem dubious to you, but need I remind you that Hobson’s Pledge has a mathematician among their ranks? Indeed, in an online ‘update’ entitled “Mathematician Tears Apart He Puapua”, Hobson’s Pledge prove that they have some real authority and expertise on their side. They haven’t just got history written by people with no authority in the field of history, but also ‘history written by a person who majored in maths and physics’. While New Zealand’s politically correct, shill historians might ask mundane questions about what people actually thought or did, Hobson’s Pledge has real experts that ask real questions. Why learn about the history of tikanga from Māori people who actually practised it or know about it, when you can instead learn about it from a mathematician who has asked whether tikanga law will include cannibalism?

What you can do

I hope this article has helped you understand a few things about Hobson’s Pledge. I hope it’s helped you understand that they are absolutely NOT racist, that they care about vital matters of CONSTITUTIONAL importance, and that they are very good at justifying and proving their points. Safe in this new knowledge, I hope you can see that it is only logical and equitable to ERADICATE public recognition of our country’s cultural heritage.

Our place on world maps, our tourism industry, and poor, English-oriented vocal cords are on the line here. So sign up today! 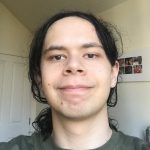