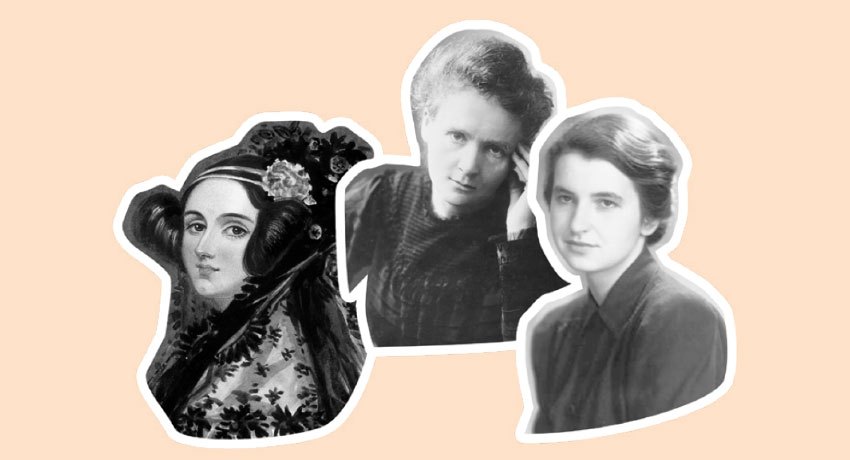 During O’Week I was asked to name my favourite scientist. I stalled for a moment whilst those around me named role models they looked up to, the likes of Einstein, Galileo, Rutherford. What became clear to us quite fast, however, was the lack of female scientists we mentioned. Once this was pointed out, protests were made as people scrambled to give examples of esteemed female scientists – Marie Curie was acknowledged. But who else? All else that was offered by us students was “the chick who discovered the double helix before those two men did”. (Her name was Rosalind Franklin.) Discovering our lack of knowledge beyond the most obvious choice was eye-opening. The question was asked – how many of us are educated on the achievements made by women in science?

Female scientists are often overlooked, but they are invaluable in inspiring the women of today to follow their dreams. As somebody who was repeatedly told that “science was for boys” and that I should reconsider taking a different degree, “something easier than biomed – like home economics”, this is particularly disheartening. Women belong in science – without them we lose half of the world’s potential. Yet without role models to look up to, young girls simply won’t be inspired to pursue science. Without knowledge of past female scientists, future female scientists may cease to exist.

However, times are changing. The acceptance of women within traditionally masculine fields is growing, and while gender equality within these jobs is far from perfect, society has come a long way from where it began. Even though the field of science, historically, was dominated by men, a few women were able to leave their mark on the world. Here are some to remember, because today we celebrate women in science.

Marie Curie: nobody can forget about the go-to woman role model for scientists – discovering plutonium, dying for her cause, being buried in the Pantheon in a lead lined coffin due to her radioactive body. She inspires a plethora of aspiring female scientists years after her death, a worthy role-model proving as women that we can break glass ceilings we are placed under.

Ada Lovelace: encouraged by her mother to study science and math in an attempt to prevent the supposedly hereditary and illogical insanity of her father, Ada Lovelace is often seen as the first computer programmer. Working alongside the “father of computers”, Charles Babbage, she discovered the possibilities of the first proposed general-purpose mechanical computer – the Analytical Engine – seeing the potential beyond simple calculations to actual algorithms to be carried out by the machine. Her work was beyond the scope of anything else of the times, and stands to show the potential of women in science, if only they are encouraged and left to reach their own potential.

Rosalind Franklin: the so-called “chick who discovered the double helix before those two men did”, represents all the barriers women have to overcome to be recognised for their achievements in science. Most of her accomplishments were only acknowledged posthumously, but the research she worked on was integral to understanding the complex structure of DNA. When she was younger Rosalind Franklin won several scholarships for her work in science, but as she came from a privileged background she asked for them to be passed onto other, less fortunate candidates, showing shows us that the work we do as women in science doesn’t just affect us – it can be a stepping stone to inspire other young women to do the same.

Erin Leitao: we must not forget the present scientists who continue to work and inspire future generations of female scientists. Dr. Erin Leitao is currently a member of faculty at the University of Auckland, who in 2016 won a Women in Science award, an initiative created by L’Oreal and UNESCO (the United Nations Educational Scientific and Cultural Organization) for her work and research in the field of Organic Chemistry. This initiative rewards exceptional women in science, acknowledging their contributions and achievements. Not only is it wonderful for giving credit where credit is due but it also shows us that we as women are capable of great success regardless of societal norms. Indeed, female scientists of the present are just as outstanding as the female scientists of the past – and both inspire future generations. We may feel that we are on a tiny island, isolated and far away – but Dr. Erin Leitao reminds us of the possibilities available for all of us.

And of course, you. The hundreds of young women studying science at the University of Auckland. Or not studying science. The point is, encouraging females to study science is a collective effort. It does not rest on the shoulders of anyone. Like the saying goes, “If you educate women, you educate a nation”, and this holds true even after almost a century. So, if this year’s International Day of the Girl teaches you anything, let it be to allow female scientists inspire you and motivate you to follow your dreams. Wherever they take you – biology, chemistry, physics, forge your own path and do what you love; inspire the next generation of female scientists.