Wild Dogs Under My Skirt 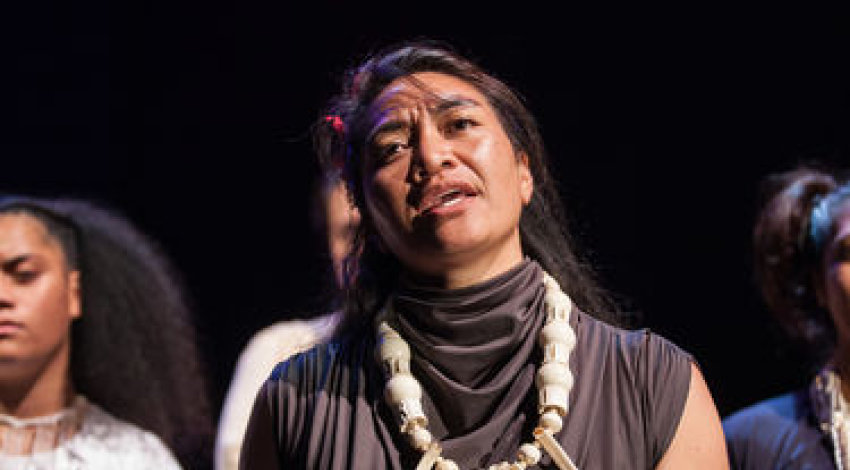 What can I say? Wild Dogs Under My Skirt is a powerhouse of a show. As someone already familiar with Tusiata Avia’s poetry (off of which the show is based), I was already expecting something brilliant. My expectations were exceeded immediately, and continued to be exceeded for the duration of the show. Incredibly potent, the show empowers language and Samoan culture while staying true to the suffering that has occured (and still occurs) as a result of white supremacy, patriarchal values, colonisation as well as the experience of diaspora. This show is a mixing pot of spoken word, song, dance, and theatre which successfully balances the horrible, the beautiful, the funny and the powerful. Each of the six (amazing, astounding, undeniably powerful) Pasifika actresses is given enough space and time to fill the theatre and really shine. I was left reeling and with a feeling that I had been a part of something important (we even bumped into Jacinda Ardern in the foyer). The performance is an excellent example of how language holds power – language is how sexuality and culture in the show are reclaimed and utilised for self-empowerment. When they are told that their actions, sexuality and culture are that of wild dogs, who can blame them if they teach them how to bite? Unfortunately, as I write this, the show has moved on from Auckland BUT if it ever comes back, do yourself a favour and see it.