White Man Behind a Desk: A Party for the End of the World 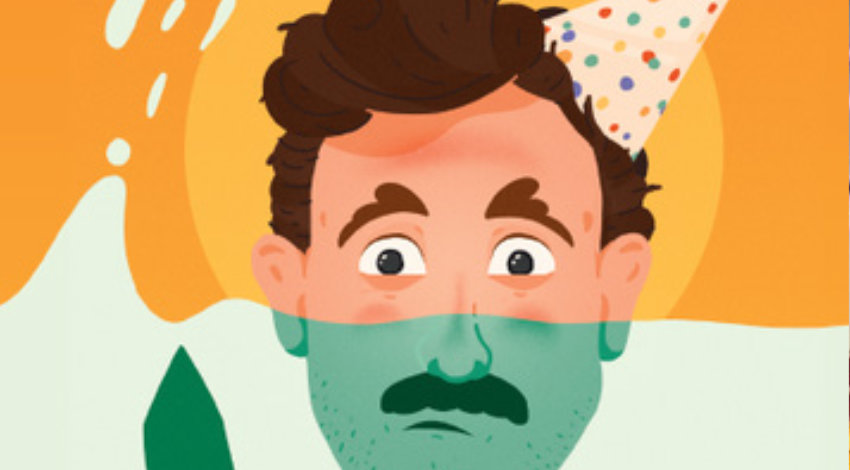 Robbie Nicol’s White Man Behind a Desk is a concept that has consistently kept the ball rolling from its inception – a Kiwi-style topical content aggregator, to use a preciously pretentious way of describing Nicol’s format, it is brilliantly written by Nicol and Finnius Teppett and has always been a delightful presence on my Youtube list. So, I thought I knew what I was getting into when I went to one of the opening shows for Comedyfest, the titular Party for the End of the World. Ostensibly about a party to raise awareness for climate change, it was more of a vehicle for Nicol to show just how physically animate he can be – his character is one that is obsessed with the party aspect, not so much the climate change. After my own fault of spending ten minutes picturing him as Stanley Tucci 25 years ago, a physical resemblance I will not back down on, I realised that he is just as fantastic a physical performer as a verbal one. Teppett himself made a perfect straight man to the infectiously immature White Man character, the showrunner barely managing to keep to the guidelines set out by the secret corporate sponsor, putting Nicol in a chokehold no less. However, it’s when Nicol manages to communicate the anxieties inherent in our generation having to fix climate change and our crumbling democracy that he really ties this whole crafted mess together.