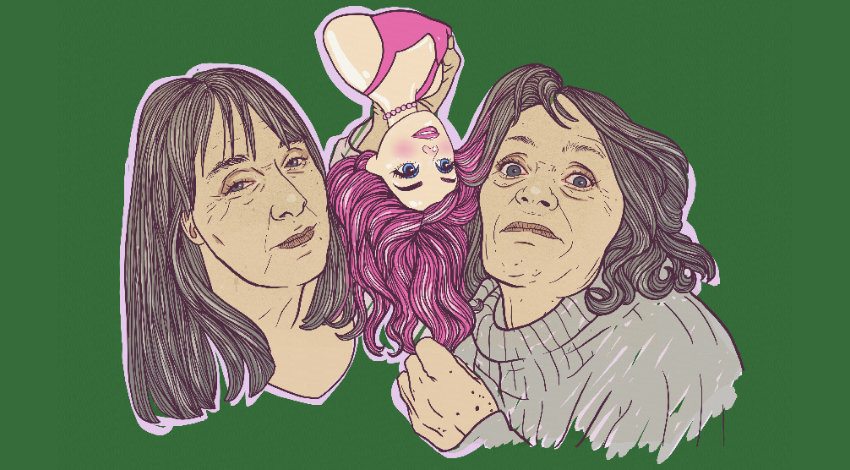 Child in one hand, soapbox in the other

#UsTwo, a show chronicling the stories of the lives of sisters Catherine and Sarah Delahunty, premiered as part of the Auckland Fringe Festival last week. Catherine, a former Green Party MP (2008 to 2017) and Sarah, a writer and director, weave their life stories together in a piece that manages to portray personal and career achievements of both women, highlighting their bond as sisters. The play is presented with the notion that their life ‘story’ as it is – is not just a singular ‘story’ but rather life ‘stories’ – the tales of these women as they have lived them. Protestor, actor, politician, sister, daughter, mother and now grandmother; these two women have done some living.

The set design is simple, with costuming consisting mostly of pajamas. Ari Leason also stars, though in a supporting role – helping to frame the piece, providing an outside cue for the women to take on new stages of the piece, and to provide music to the piece.

The show flows nicely with great lyrical and poetic ease. The piece develops more meaning however through the discussion of feminism – discussing how feminism has changed and progressed since their childhood in the 1950s. But the work is not finished, the piece finishing with the two women expressing outright their concern for how feminism has not achieved equal outcomes yet for men and women. If there were ever two women to continue this fight, it’ll be these two.