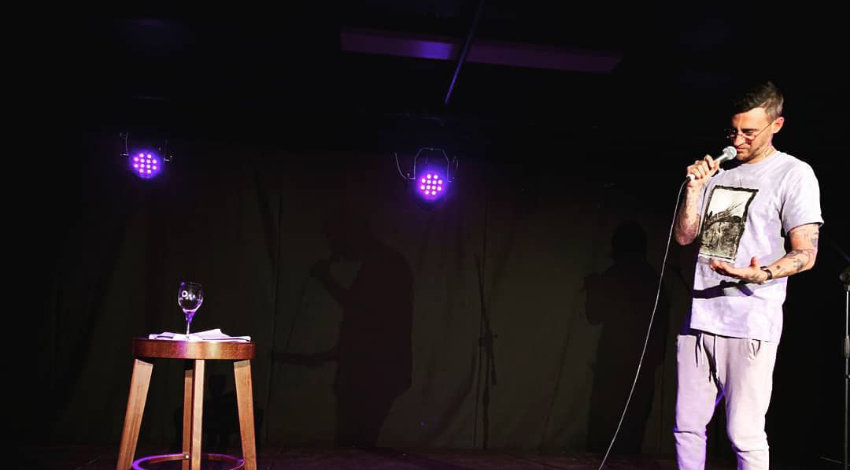 Cori Gonzalez-Macuer makes his return to the New Zealand International Comedy Festival with his show Up/Down after a three-year hiatus.  Adding a mental health dialogue in the middle of the show, Cori makes a heartfelt, poignant plea rooted in a deeply personal story, urging people to seek out help if their mental health needs require it.

Cori Gonzalez is a funny comedian. When he begins to relax on stage, he produces jokes that have the audience in stitches. But here he struggles to find his confidence – naturally the result of tackling such a difficult topic.

For the comedy portion of the show, Cori appeared barely rehearsed, and his jokes were hit-and-miss as he struggled to connect with his audience. Perhaps it was the looming expectation of the mental health interlude that dimmed the mood, as when that segment passed, the audience enjoyed the set more with the relief of tension.

While disguised within loose-fitting jokes and stop-and-flow comedic dialogue, at its centre, it was evident Cori Gonzalez-Macuer wanted to share a personal tragedy with his audience above all else. You might choose to question why he did so, after such a long time since his tragedy, and also why he decided it was necessary to disguise his thoughts within a comedy set.

But that’s not my place to answer. Fundamentally, there’s no sugarcoating that it’s a mental health dialogue more than a comedy show, and because of this, I have chosen not to give the show a rating.