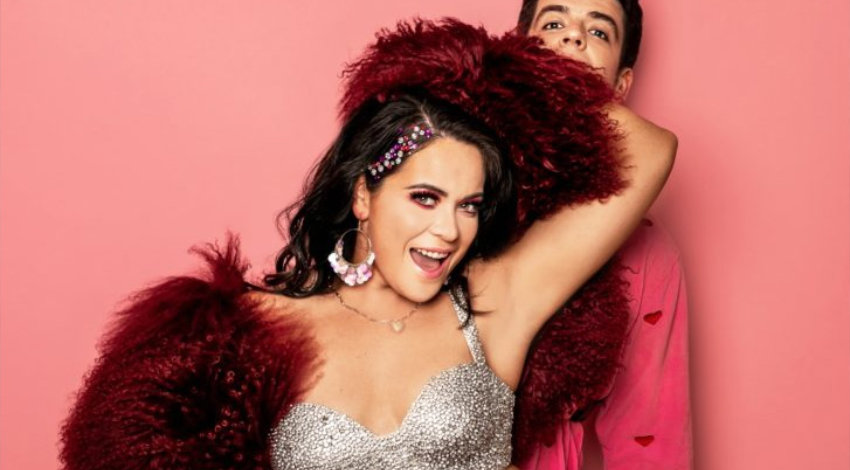 Q Theatre’s Loft hosted Two Hearts, Laura Daniels and Joseph Moore’s musical comedy duo, last week for a limited run (two shows) as a fundraiser for their efforts to play at Edinburgh Fringe in August.  Two Hearts have been around for years, with their musical efforts continuing through from a ‘pop arena show’, a ‘winery tour’ and now a comeback show. If you’ve ever seen Laura Daniels on Jono and Ben then you’ll know she’s got quite the knack for writing clever pop comedy. You might wonder if a whole show of it is stale, but it’s not, it’s funny, clever and super fun. The only thing that isn’t perfect is the forced ‘fighting’ between bandmates/lovers Laura and Joseph. Their faux fight in the middle of the show doesn’t hold up and seems unnecessary in comparison to to the beats of ‘Factory Farm Girl’, ‘Baby Boom Boom’ and ‘Boy Soup’ – ‘Boy Soup’ sung right to Nadia Lim sitting in the front row. Two Hearts shines the most when it lets the music pull the laughs, not the faux band drama element. Two Hearts however is hilarious, super fun and showcases the growing powerhouse that is Laura Daniels.  Edinburgh is in for a treat.

8/10: Laura Daniels should’ve won Dancing with the Stars: I know that doesn’t sum up the review but it’s something I needed to say.