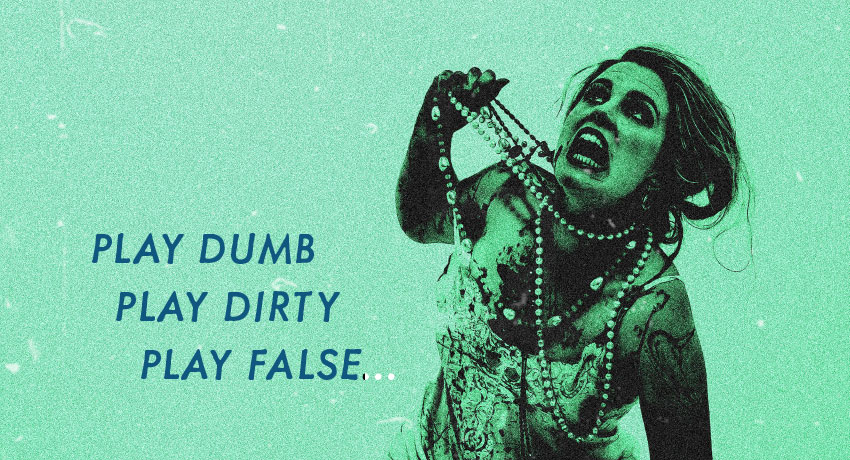 A modern revival of an age-old tale of lust, murder and deception, Hurst’s rendition of the Jacobean tragedy hones in on the story of Beatrice who orders her servant to kill her fiancé. The story is a classic cautionary tale of female sexual desire descending into sin and deception.

Although the script has been altered from the 17th century original, modern twists come from the performance itself. The immersive set means that the actors weave throughout it, and so the play is performed from across the room. It is lighting or the addition of sound effects that shifts scenes, so the timelines bleed into one another as the actors move around the dark, or stay put, observing other events take place. The play blurs the lines between who is an actor, a prop, or an audience member. Instead of being set during the English Renaissance, the actors smoke and drink in their tailored suits, form-fitting dresses and fur shawls straight from ‘Mad Men’. Through weaving together segments of the original 17th-century script, the play seems to comment on how folklore-based beliefs surrounding female purity and the institutional control of women’s bodies are not history.

In his own Director’s commentary, Hurst describes Beatrice as a strong woman who owns her own story. I would argue that Beatrice is reactive and headstrong, but it’s hard to have agency in a world where you have no power. Instead, Beatrice’s story seems to be that of someone desperate to control her own life, her own body, even her own death. Perhaps I’m reading too much into things, the stylistic choices could all be aesthetic. Regardless, the statue of the Virgin Mary who looms over the play was in my mind a pointed remark. Is this the only way Beatrice can win? The acting was powerful, the show was smooth and cohesive, and the show looked classy as heck. Definitely worth a watch!