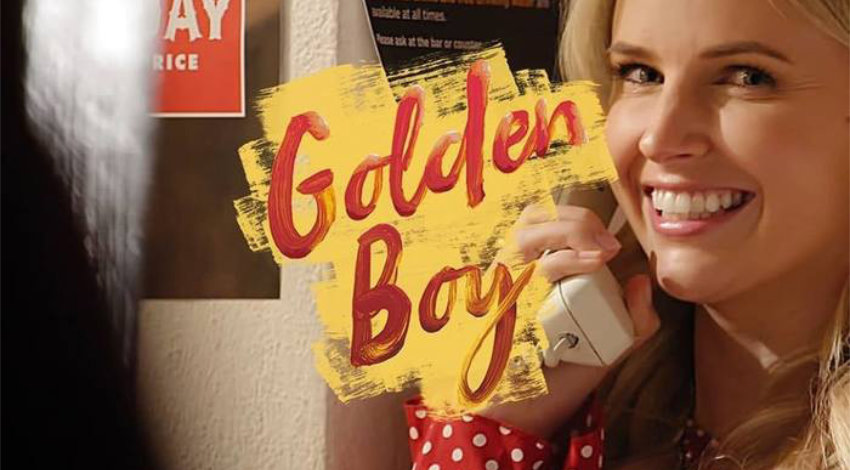 Several weeks ago, following one of the endless four times a week episodes of The Block: Escape from Fire, TV3 aired two new comedy sitcoms: Mean Mums and Golden Boy. Mean Mums is a television sitcom based around three mums on the local school Junior Fundraising Committee – nostalgic of the primary school I went to but ultimately not my sort of show – primarily because I don’t sit down with a cuppa on a Monday night to watch a bit of telly nor am I over the age of 35. Golden Boy meanwhile is an absolute gem. Melanie Bracwell Hayley Sproull (Seriously I thought it was Melanie Bracewell, can someone put name tags on these girls) plays Mitch, a nervous young woman who returns to her small hometown following university. Her brother, Tama, meanwhile having been selected for the All Blacks and now embodying the titular Golden Boy of the town. The show is effortlessly funny, from Kura Forester’s local barmaid to Rima Te Wiata as Mitch and Tama’s mother, the whole ensemble is well cast and the small town charm and comedy well portrayed. Hayley Sproull portrays Mitch’s quirk, smarts and awkwardness all in one in a way that embodies the loveable awkwardness well. The main appeal with this show is that it’s actually funny, and that’s a testament not only to the writers but also to the cast, who carry this show across the line. I hope Golden Boy stays, not only for the fact it’s good, also because Mitch’s love interest is dreamy. But that’s a side note.

9/10: Did they actually make a decent New Zealand comedy?