Premiering in 2004, and running until 2007, Drake and Josh, in some sense, was an emblem of the teen sitcoms that consumed Disney Channel and Nickelodeon throughout much of the mid 2000’s and 2010’s.

Starring Drake Bell and Josh Peck as the titular pair, with a multi-talented supporting cast that included Miranda Cosgrove and Yvette Nicole Brown, who would later play Shirley in Community; one of the show’s greatest strengths was in its casting. Indeed, across the entire show, few of the characters seemed particularly out of place in any given scene.

With that being said, the show’s strength was never really in its message, nor its storylines. Far from it, the episodes of the show maintained an absurdly formulaic structure that can largely be summarised in about three lines:

2) Megan, played by Cosgrove, tries to sabotage, or at least taunt, the pair.

Though to be fair, this was a common feature of 2000s sitcoms. In addition, the fact that the show was designed largely as a comedy for kids and pre-teens likely limited their ability to add much complexity to the show. In all, Drake and Josh is likely to be remembered as one of the better teen-sitcoms of the era, largely due to it’s phenomenal casting, and impressive writing of character interactions. 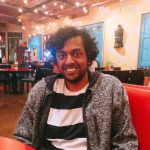