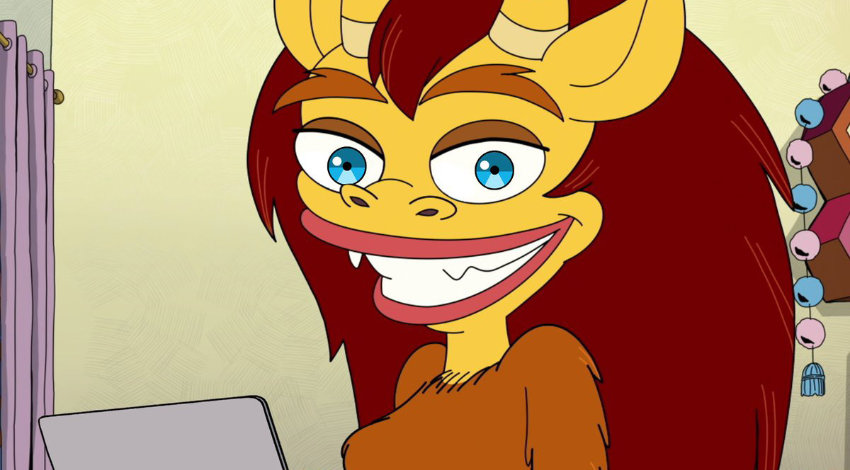 A lot has been made of the ugliness of Big Mouth’s animation – I see it as As Told by Ginger given the Seth MacFarlane treatment, and it is certainly unappealing. After three seasons, however, detractions about the ugliness of the visuals are kinda old hat by this point. It’s ugly, the show knows it looks ugly, and it doesn’t care.

In a world where the fantastic Tuca & Bertie was cancelled out of retribution for unionising, and where Bojack has decided to come to a graceful and desired end, we have at least three more years of Big Mouth to look forward to. Netflix has gone in big with this one, like adultswim with Rick & Morty, sensing big numbers to replace Bojack as its flagship animated product. And I’m… just whatever about it. I like F is for Family, so I have no inherent problem with crude Netflix animated content. But in this season of Big Mouth, you come to the realisation there’s little to recommend about it – it’s not so terrible that you must put up flashing lights broadcasting DO NOT WATCH THIS!, but even the cringe becomes bland after three or four episodes.

And that’s the thing. It rarely pans out well for content that lives and dies by how desperately it tries to emulate youth that have always moved to a higher level than you before the air date. The desperate cling for relevancy by emulating all the Twitter jokes (not surprising, considering most of the writing staff originate from Twitter) done many times better months earlier is most apparent in this season. There’s plenty of ‘problematic’ parts of the show, but even the earnest discourse around the show’s faux pas on social matters is boring, because they’re not going to learn anything. It’s not terrible content, it’s just boring. The premise of ‘teens learning what they should have learnt at that age bc America doesn’t teach shit!’ gave way to ‘How do you do, fellow kids?’ a while ago.