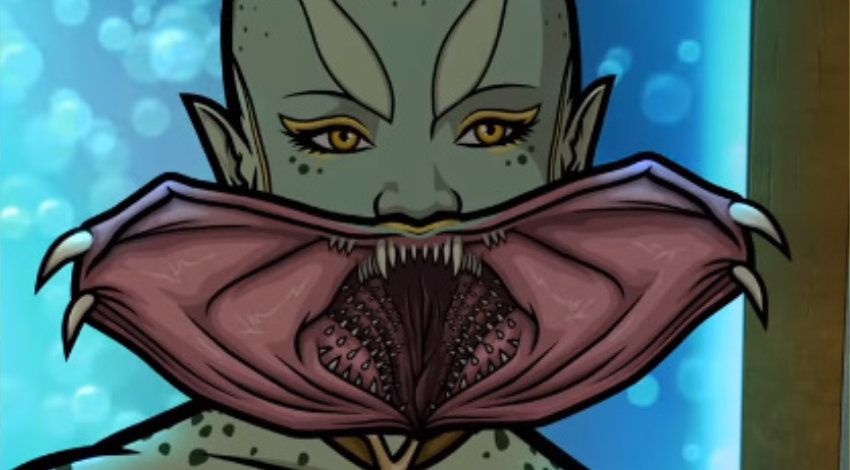 I was really, really hoping this was going to be the last season. After three seasons of dream content, as Archer had fallen into a coma in 2016, Archer: Danger Island represented a low for the franchise – one that not only seemed unwilling to do anything but rehash the running jokes in new time periods (LANAAAAAAAA, phrasing, you’re not my supervisor, etc), but what jokes it did try to put out, got an entirely stone faced response from the viewer.

Archer can have one more season. 1999 certainly wasn’t a throwback to the good old days, and nor should it be, but it was a far better offering than what had been presented in the last three years. While it was undoubtedly the third meal of reheated two dollar ramen, there were new flavour packets that made it worth sticking with, or at least, made compulsive fans decide that binging it was acceptable.

But the finale, evidently written as a series finale, made the wait… mostly worth it? A season too late, but it managed to show the first bit of warmth in the franchise since 2015 – and from Malory, no less. A summary of Archer’s infinite personas and the growth he has very, very, very slowly made, and a nice montage to boot. Definitely gave off finale vibes. Now all that’s left to see is how next year’s likely final season manages to tie things up – after that, put a bullet in it.