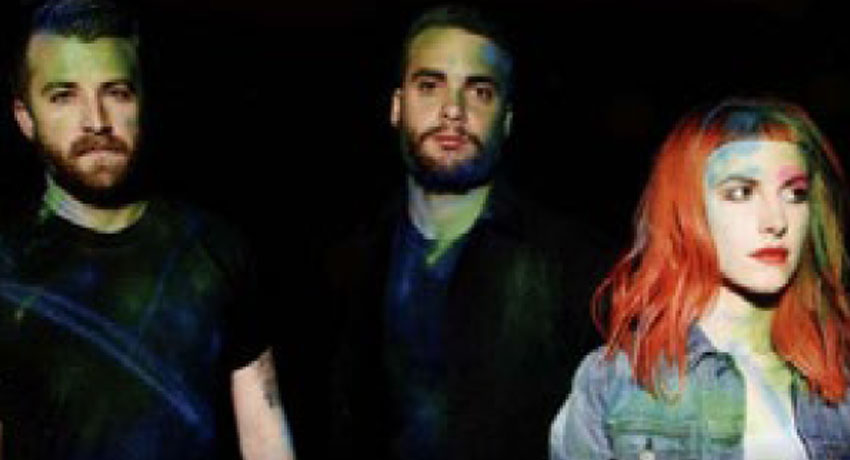 Hailing from New Jersey and playing for the first time in New Zealand, Jack Antonoff’s Bleachers were the perfect opener for Paramore as they hyped the crowd up playing through their many 80’s-inspired stadium sized hits including the likes of “I Wanna Get Better” and “Don’t Take the Money”. Antonoff, who has recently made a larger name for himself as a producer, also ticked all the boxes for an engaging frontman, amping the crowd up to join along with their hits, while their saxophonist spiced up their sound with a number of sax solos. The incorporation of two drummers filled out their rhythm section while enlarging their sound up to supersized dimensions.

Starting off with the colourful After Laughter bop “Hard Times”, then leading into the emo-pop angst of “Ignorance”, Paramore unleashed their boundless energy upon the stage, with the crowd singing along to almost every word. While the setlist was mostly drawn from their latest album, After Laughter, the band also ran through the classics including the likes of “That’s What You Get”, “Still Into You” and “Misery Business”, bringing up a lucky fan to rock the stage and help sing the bridge during the latter. Halfway into the set the band proclaimed their love for New Zealand, referring to the country as their adopted home and apologising about how they didn’t return sooner, while introducing their touring member, hometown hero Aucklander Logan MacKenzie on the keys.

After ending their main set with “Ain’t It Fun”, the band left the stage only to return moments later with an encore beginning with “Grow Up”, interpolating SZA’s “20 Something” into the bridge, then bringing drummer Zac Farro up to the front up to perform his band HalfNoise’s “French Class”. Finishing up with current single, the ever-so-catchy “Rose Colored Boy”, the band exited the stage for the last time, promising to return soon.

Thanks so much letting us hang with y’all and your weather, Paramore!