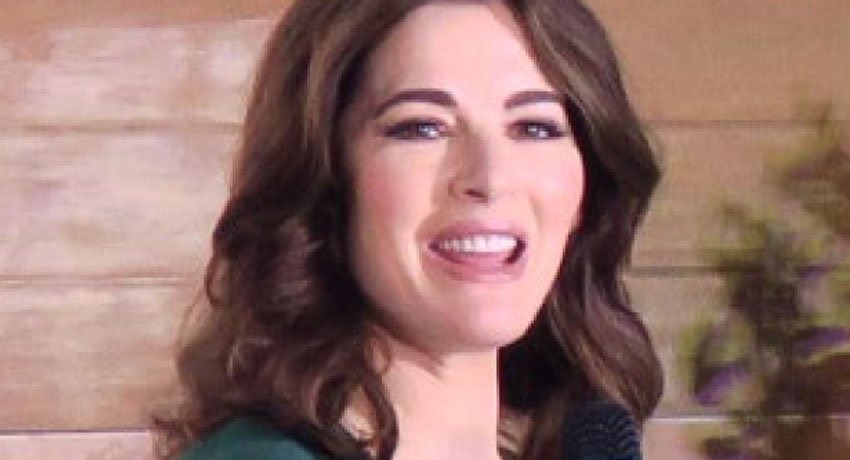 I have never watched any of Nigella’s TV shows. Or read her books. The most I can say is I once read an unflattering Women’s Weekly article of questionable accuracy.

Due to my lack of background research, my expectations were based solely on her superficial presentation. The Nigella in my mind was posh (aka the accent), polished (the clothes), and border-line asylum-crazy-obsessed with food.

Having heard her talk, I wouldn’t say she wasn’t these things, but I was wrong to assign them as her defining characteristics.

This wasn’t an event where Nigella gave a blow by blow of her recipes and then tried to ram her most recent book down the throats of the obliging audience members. She just chatted normally and gave those watching a glimpse behind the edited media persona. She talked about how oppressive she found childhood when she didn’t like “running around” or “being told what to do.” How she bonded with her grandmother over cooking, leading to her telling her own children that what she really wanted was grandchildren and they were a necessary middle step. How her role as restaurant reviewer came about in the process of her trying to avoid getting more job responsibilities.

Multiple times she emphasised how unproductive it was to build up pedestals for certain types of people. No one is morally superior because they can cook she said bluntly, or better because they read highbrow literature. Part of this was her belief that the joy of an activity such as cooking or reading is only harmed by creating a hierarchy. But also, she seem to genuinely want to make sure her audience left knowing that she was just a person. No more, no less.

This may sound harsh, but I didn’t expect to like Nigella. And yet despite this I walked away feeling that, in some alternate reality, we could be friends.