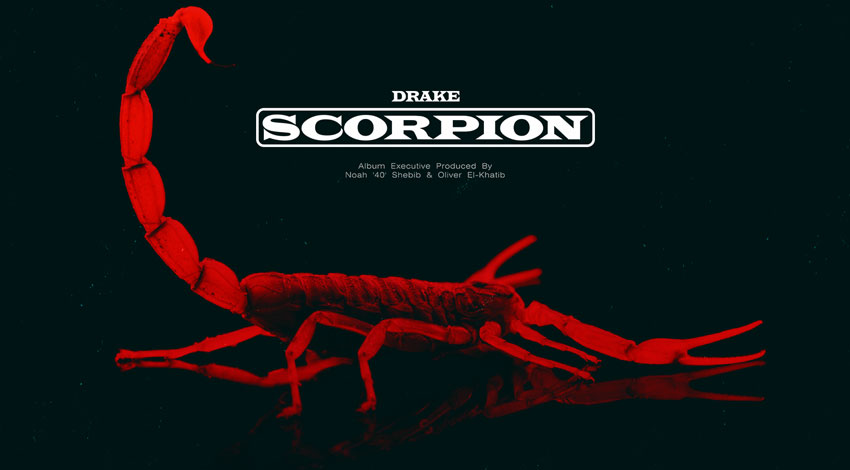 There is no doubt that Drake’s fifth studio album is already breaking international music records. Scorpion is currently spending its second week at No. 1 on the Billboard 200 albums chart and doesn’t show signs of moving. Yet why the mixed reviews and division of fans? Can the success of Scorpion be accredited to Drake’s skill, or his masses of pre-existing fans?

It is hard to ignore that some tracks on this record feel neglected. Scorpion boasts an impressive track list of 25 songs, which may be the reason behind the less notable tracks. Songs such as “Finesse” and “Peak” blur together with others in an unfocused and jumbled haze. It’s almost as if the Canadian rapper lacks an editor to cut his more repetitive sounds. In saying this, it has to be acknowledged that true gems lie within Scorpion too. Drake is always at his greatest when he is vulnerable to his listeners, much like his honest tone in the track “March 14”. Opening up about being a father in secret, he admits “It’s breakin’ my spirit / Single father, I hate when I hear it.” Another soulful track that shows off his skilled flow is “Sandra’s Rose.” The song is reminiscent of previous album tracks such as “You & The 6” as he touches on his relationship with his mother, Sandra: “I was Sandra’s rose… / Sandra knows I pulled us out of a living hell.” These tracks are a testament to Drake’s capability as an ever-evolving artist, proving just how deserving he is of Scorpion’s achievements.

Scorpion, though at times lengthy and mundane, has moments of sheer brilliance that deem the album a solid success. With a bit of recommended refinement, it can be easy to digest and appreciate. Though long-term Drake fans must be warned: this album did not bear the weight of all its expectations, nor could it be expected to.