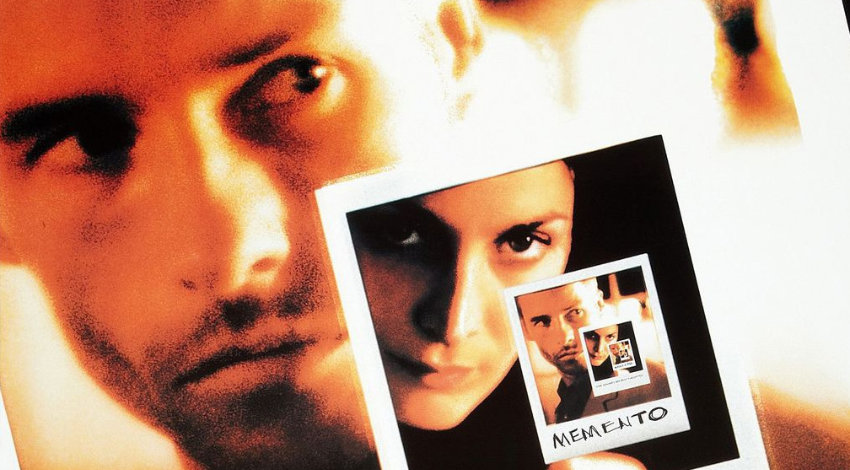 Memento is the classic who-dunnit, murder-mystery, will-they-snap-or-won’t-they thriller put into a blender and thrown at a wall. It follows the story of Leonard, a man with anterograde amnesia (which means he cannot form new memories) who forgets everything that has happened every twenty minutes. His last memory is of his wife’s brutal murder, and he hunts for her killer with all the success that you’d expect from someone who is incapable of learning new information. It’s Nolan’s second movie, and it cemented his ambiguous, morally equivocal, meticulously crafted style for all his future films. Batman fans will be very confused, but they’ll see shades of what they love.

Guy Pearce is an absolute revelation in this movie. Generally, he’s criminally underrated (if you want to fall in love, check him out in LA Confidential) so it’s awesome that he got to succeed in a movie like this. It’s become about as mainstream as a film that deconstructs neo-noir through a postmodern lens could ever hope to get. The other performances are fine, they all work, but they have none of the depth that Pearce achieves (because the script does not require it of them). The sunny LA setting creates an eerie sense that all the answers are hiding in plain sight. The cinematography is brilliant, placing us in Leonard’s shoes and refusing to show the whole picture. It’s a disconcerting experience, but a profoundly impactful one.

If you are strapped for time, DO NOT watch this movie. It will be the only thing you think about for the next year. There are so many threads to pull at, so many interpretations, so many potential rabbit holes, that it will consume you. You’ll have to watch it ten times. It will consume you. Memento is not a film, it’s an investment; it’s a rubix cube with five pieces missing. Nolan does not want you to figure it out. It flies in the face of all narrative conventions, all plot devices, and all typical comforts for the viewer.. It’s crazy, it’s quirky, and it’s Nolan. If you love films, you’ll love it. If you don’t, you’ll zone out completely. Either way, you’ll wonder what the hell just happened.