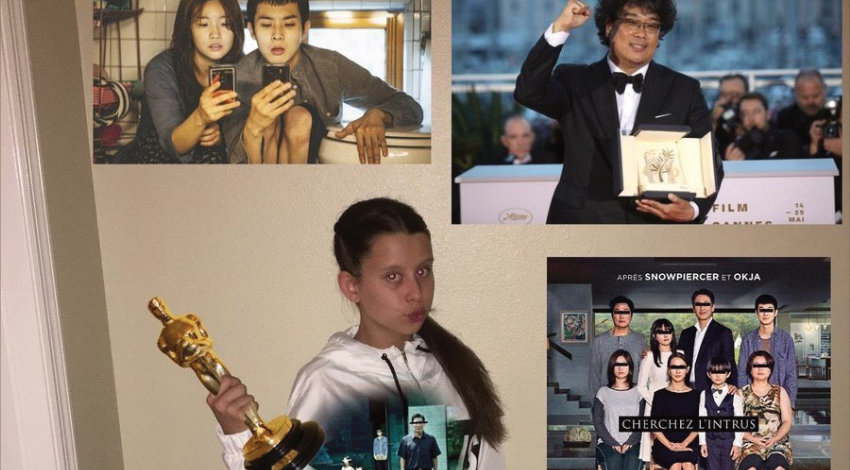 The Oscar movie Scar-Jo wished she were in this awards season.

Up until the Oscars, I still hadn’t seen the critically-acclaimed film Parasite. I mean, I’ve never had a strong desire to watch international films due to the uncomfortable language barrier, so you can imagine my surprise to hear director Bong Joon-ho sweep the Oscars, as his native-language film took home the most awards.

Despite it being well past the movie’s initial run, an encore Oscar session gave me the opportunity to see this lauded piece for my own eyes. With the only other Best Picture film I had seen being Marriage Story, that was the standard I had set for Parasite going in, and I’m glad to say that it absolutely missile-launched Baumbach’s masterpiece out of the water.

At its core, Parasite is a commentary on the social divide of the upper and working class. Yet it’s not the social commentary that sets the film a league above the rest; Marriage Storycarries a potent message about the inanity of divorce, a message equally as bleak and powerful. No, that’s not it. The acting isn’t anything to scream about either, as evidenced by the lack of individual nominations.

What Parasite, or more appropriately Bong Joon-ho, has mastered is the art of cinema. Simply put, the screenplay and cinematography are untouchable.With heavy influences from film noir (most notably Alfred Hitchcock’s Psycho), Bong Joon-ho masterfully hooks the viewer in with an atmosphere of suspense and trepidation, never leaving you comfortable for even a second too long.

Grabbing your emotions in one hand and stabbing a pen-knife into them with the other, you think the film rounds all the corners that it can, until Bong Joon-ho only manages twists the knife in even further. He pulls off an ambitious and frenzied ending while balancing the raw emotions and fragile characters perfectly.

In a sense, the language barrier is the best thing going for this esteemed director, as he relies on pure directorial skill to elevate this project to the next level. As hard as Noah Baumbach may choose to try, there is no better marriage story than Bong Joon-ho and cinema.