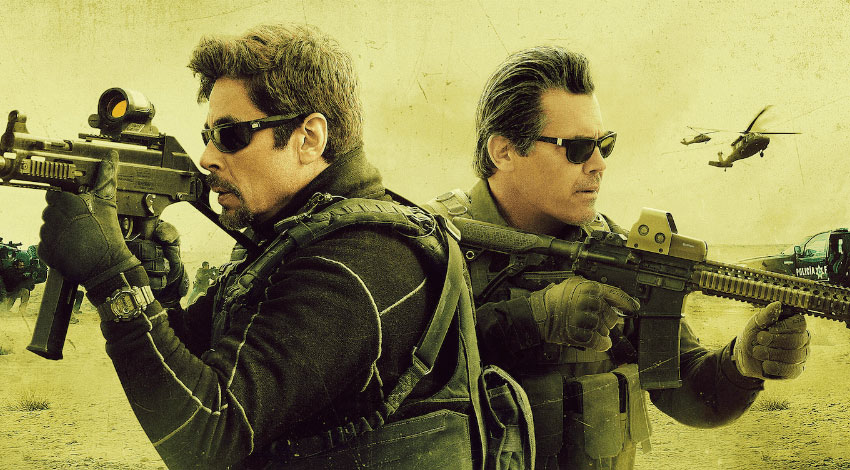 From the get-go, this film had a lot of weight put on its shoulders. A number of people, myself included, were blown away by the first Sicario (2015). Led by Emily Blunt, Benicio del Toro and Josh Brolin, the film explored violence and morality in a way that was bone-chillingly powerful. Much anticipation surrounded this second instalment. Though Soldado lacked the acting prowess of Blunt and the directive genius of Villeneuve, it might have hit the same disquieting notes as its predecessor. Instead, it fell a little short.

Taking place years after the first film’s events, Matt Graver (Brolin) continues his fight against Mexican drug cartels. Bringing back Alejandro (del Toro), they kidnap a kingpin’s daughter to purposefully escalate cartel conflicts. While the cinematography, violence, and the acting chops of Brolin and del Toro help elevate the story, much of it was predictable. From the suicide bomber who obviously waited until the mother and child were almost safely out the door, to the stilted heart-to-heart Alejandro has with the teenager he’s kidnapped, Soldado merely echoes the sheer impact of Sicario.

To be fair, the film stands fine by itself. While some plot points are clichéd (feisty teen melts the hard exterior of our damaged hero), other points are rife with tension, leaving you with clenched knuckles and gritted teeth. Brutality is a constant presence, in the form of physical, explosive violence to political back-and-forth concerning the life of a child. The open-ended final sequence tries to be profound and, to its credit, succeeds on some level. The line “so, you want to be a sicario” could have come across as cheesy, but del Toro’s deadpan delivery was great. The implication of a third movie did make me feel resigned rather than excited, though. Ultimately, Soldado lacks staying power. Though it packs quite a punch, the bruise doesn’t stick.