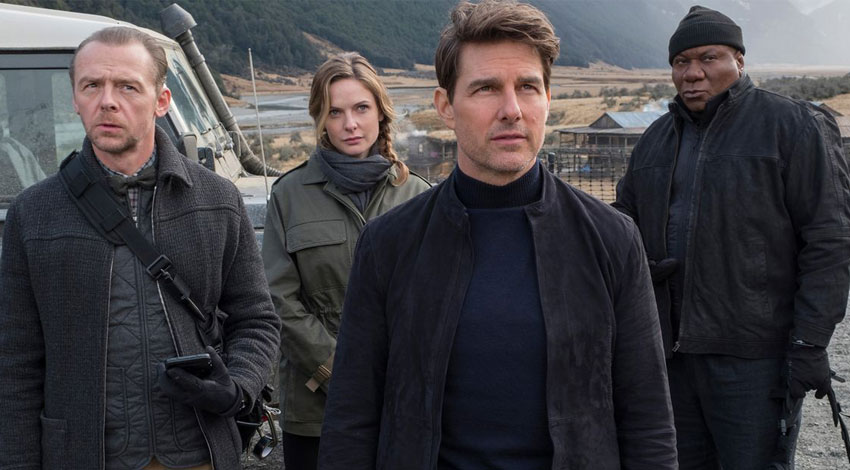 If nothing else, the latest Mission:  Impossible movie proves that Tom Cruise is unquestionably still a movie star. Now closer to 70 than 40, he’s still managing to pump out films that are driven by his seemingly limitless charisma. But Fallout isn’t one of those films, because it has so much more than Tom Cruise being Tom Cruise – not that the Man with the Middle Tooth is a limiting factor by any means.

Christopher McQuarrie, the first director to direct two films in the surprisingly old franchise (22 years and going), manages to create a sleek film which packs more than the sum of its parts in its two hour and 20 minutes runtime. The cast, rounded out by the always refreshing Simon Pegg and Ving Rhames as Cruise’s constant stalwarts, always bring their A-game to whatever is unfolding around them. Henry Cavill is finally allowed to wear facial hair, and it is only the second-best aspect of his not-at-all unwelcome presence here. Rebecca Ferguson, a possible candidate to carry the franchise into the future, is always on point. Angela Bassett is always an inch away from being terrifying, as per usual, and Alec Baldwin is just doing his thing as the only good Baldwin actor. So, you know, you could have worse casts.

The chase scenes are fantastic, and for once, not entirely gratuitous – something which has tended to weigh down previous Mission:  Impossible movies. McQuarrie’s chases serve a function, and in one scene, we even get some genuine insight into what could happen if Tom Cruise ever decided to play the villain again, which we have not seen in the near 15 years since Collateral. The plot is not too complicated – but it doesn’t suggest the audience is stupid. The fun comes from seeing who is going tear off one of their signature rubber masks, and while the spy intrigue is still heavy, it doesn’t crush the audience.

Tom’s money goes to Scientology, but in this case, I’m willing to forget it.