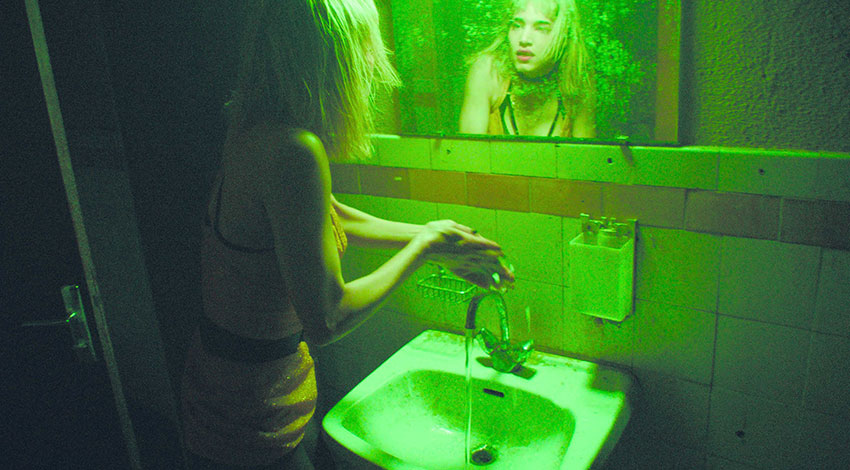 The objectionable cinematic provocateur Gaspar Noe has once again thrust his creative vision into the festival scene with Climax. His latest project centres on a group of dancers who have gathered to rehearse and party it up. The festivities take a sinister turn with the discovery that one member has sneakily spiked a batch of sangria. What begins as innocent fun quickly spirals into a hellish LSD laden nightmare as characters turn against each other and allow carnal pleasures to take over.

Those unfamiliar with the director’s oeuvre may find watching Climax insufferably jarring. Noe unabashedly prods and pokes at his audience and works to make his films as visceral as possible. Pleasure, pain and the body are paramount for his characters and for us as we watch. The camera dizzyingly floats and spirals, making it difficult for us to spatially anchor ourselves as well as extremely long takes that focus on the spectacle of the body in action and suffering, building tension until we feel we can’t “take” it anymore.

Despite its chaotic, nightmarish tone, Climax is less mean-spirited than what Noe has done in the past. Instead we have a surprisingly fun, sometimes darkly comical cinematic experience that is enhanced by a killer soundtrack that combines seventies French disco with drippings of Daft Punk and Aphex Twin, robotic rumbles of nineties electronic act Dopplereffekt and even a little bit of Soft Cell. It’s difficult to resist the urge to bust some moves with these characters and Noe’s iconic playfulness with typography is nothing short of brilliant.

With Noe’s works, you must be willing to completely immerse yourself. A small screen would not do this film justice. I would suggest seeing Climax on the biggest screen possible, with the sound turned up until you can feel the bass thumping through the floor. Fasten your seat belt and get ready for a wild ride.