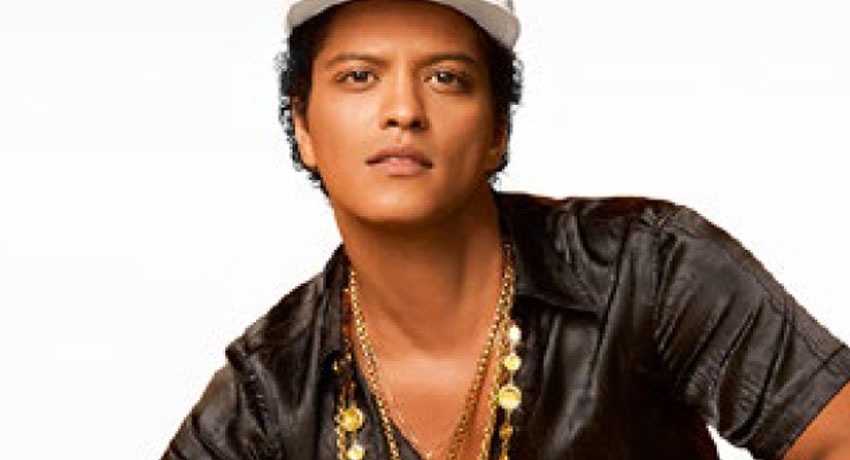 When I was told I was going to Bruno Mars, I instantly felt like I’d won the lottery to a mood lifting, happy pill event. Sure enough, from the moment Dua Lipa took the stage as his supporting act, to the very last cymbal bang of Bruno’s encore, people were bouncing along to the heart reverberating tunes. Dua truly got the crowd jumping with her famous anthem ‘New Rules’ – her special self-assuredness sending home the message of the song with a lot of heart. Perhaps because her music is the kind that speaks to a woman trying to navigate romance and personal success – like me – but there was an emotional tone to her empowered music that left me in awe.

Then Bruno himself came on, after a 30 minute interval. Bruno Mars does concerts like a true pop showman. The sold out four day Auckland stint did nothing to wear down Bruno’s energy, with his contagious shoulder grooving making everyone feel like he was there just for them. The show spared no expense – elevating platforms, literal fireworks, transfixing light effects gave the feel of a show that clearly employed an entourage the size of a small country.

I do think an age limit was needed. The arena was teeming with pre-teens, but with the sexual references Bruno’s music is privy to, it left me feeling slightly uncomfortable.

He drew from his latest album 24K Magic, which had the entire crowd buzzing but also a few classics from Unorthodox Jukebox towards the end. Trust that he had every person in the arena singing along to ‘Just The Way You Are’, his smash hit from 2012. Trust that he had everyone crying to his emotional rendition of ‘When I Was Your Man’, too. He perked us right back up with his encore, ‘Uptown Funk’. You know it was a good night when you still find yourself humming ‘Finesse’ two days later. Come back soon, Bruno – my mood may just depend on it.