They Both Die at the End by Adam Silvera

The existence of Young Adult fiction is essential to library culture. It exists in a space beyond primary school reading diaries and before you started googling Sparknotes for high school English. Young Adult fiction encompasses everything important: crushes, being popular (or not), fantasy realms, and saving the world. So why does such a definitive genre of fiction lack queer representation? Sure, Percy Jackson had a gay character, and, yes, Harry Potter definitely described other people’s looks too much to be heterosexual, but why does a genre which advocates for evefacrything else marginalised always portray LGBTQIA+ characters as tragic?

YA fiction has a tendency to paint the queer as broken. The gay side character who’s in love with an obliviously straight main character gets friend-zoned. The bisexual character is always a cis female who is beautiful and struggles with her sexuality yet somehow always ends up dating a cis, straight man. No wonder a whole generation of bisexual girls feel like frauds when they enter conventionally heterosexual relationships. Coming out experiences are turned into plot devices for family fights and sexuality is reduced into a binary: straight or gay. To be proudly gay in a young adult novel means to have “gay” as your only personality trait as if every non-heterosexual character is dramatic and constantly in possession of glitter. Sure, you’re best friends with the main character’s mum but you’re also only relevant in the plot to be used as an example of bad love advice and for a copy and paste speech about being true to yourself.

Aristotle and Dante Discover the Secrets of the Universe is the holy grail of queer YA literature. When you google ‘LGBT representation in YA fiction,’ it’s the first thing that pops up. And rightfully so; it’s a poetic coming of age story of two non-hetero, non-white American teens. Double tick for inclusion. However, it’s time to address the fact that the two main characters are named after an old white Greek dude and an old white Italian dude. Looking at the rest of Google’s list, it’s not much better. Everything else that follows mentioned a minor character’s sexuality once, or treats being closeted the same way coming of age stories treat introversion—as something that can be cured by popularity.

LGBTQIA+ representation in YA fiction frequently defaults to the cookie-cutter model of the white gay. Much like how lesbian porn is created for straight men, LGBTQIA+ representation in YA targets young fangirls (#destial, #wincest, #drarry, #klance, #bakudeku). A typical plot follows a closeted skinny, white, brunette boy who has a goth/punk female friend and a crush on the quarterback of the football team. Some dashedly handsome (yet also white) outgoing gay man comes into his life and our shy main character gets to experience life outside of his single-parent household, boring high school, and small-town life. While YA is always profiting off the image of the introverted white homosexual man, gender identity is actively avoided because someone using they/them pronouns seems less likely than someone being half angel.

Okay, so what makes They Both Die at the End better? Similar to Aristotle and Dante Discover the Secrets of the Universe, the book follows two teenage boys as they navigate their final hours after being notified by Death-Cast that they will die within 24 hours. Now officially dubbed “Deckers,” Mateo and Rufus must decide how and if they want to say goodbye to the people who matter. Adam Silvera portrays the two boys as vulnerable teens navigating sick parents, past mistakes, ex-girlfriends, and the reality of being one small human of a wider system. Romance in They Both Die at the End is a minor theme. The book instead focuses on capturing that moment where you unexpectedly find something familiar in a stranger. It presents love and romance as recognising someone’s soul before their gender which is without a doubt poetic but also kind of an excuse for the inevitable truth: they both die at the end. 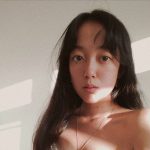