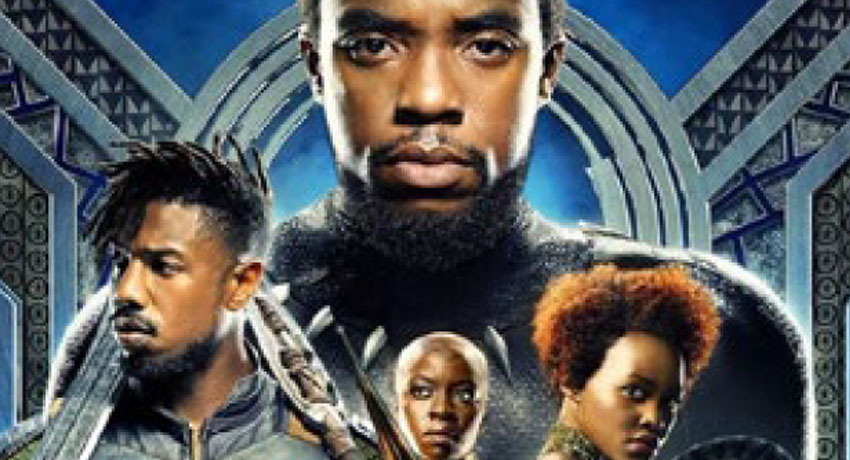 As a superhero fan, I was swept up in the hype surrounding the Black Panther movie. I watched every trailer and video out there, and even listened to Kendrick Lamar’s amazing soundtrack (on repeat for dayyzz), wondering how it was going to be incorporated into the movie (I basically obsessed about this movie for weeks)…. And it all came together oh so beautifully. Black Panther (2018) adds a new layer of depth to the Marvel universe by showing us the incredible journey of T’Challa (Chadwick Boseman), the Black Panther as he returns home to his hidden nation. After the death of his father in Captain America: Civil War (2016) he must now take the mantle of king and continue to protect his people.

Black Panther starts off with beautiful imagery explaining the origins of Wakanda, the Black Panther and the mystical herb that makes him who he is. Wakanda’s isolation from the rest of the world challenge’s T’Challa’s conscience in wanting to help people that are oppressed outside Wakandan borders versus protecting and hiding Wakanda like his forebears. T’Challa’s reign as king however is haunted by the secrets of his father and as a result of this he ends up going toe-to-toe with an unprecedented enemy, Killmonger (Michael B. Jordan) who wants the throne for himself. The movie embodies the humour that all Marvel movies carry however adds its own brand,  unseen in other Marvel movies. The humor stems a lot from how Wakanda understands the outside world from it’s isolated technological haven.

Black panther as a whole is a funny and intelligent film and although it doesn’t pack as much action into the movie as other Marvel films have in the past (and what’s a good superhero movie without a lot of action!) it does have an amazing story to tell.