Film Review: The Shape of the Water 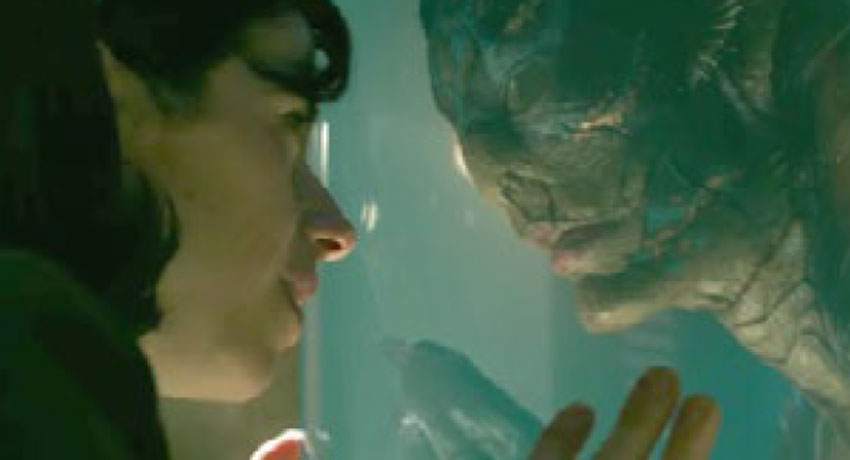 Guillermo del Toro is not subtle. In The Shape of Water, that’s not a bad thing. Set during the Space Race, the film draws on creature features from the time, but subverts archetypes of the white American hero and places focus on the kinds of characters cinema often antagonises or ignores: a mute woman, a gay man, a black woman, and an anthropomorphic fish man. Del Toro’s intention to invert these archetypes of good and evil rewrites folklore: the creature from the black lagoon is a god and those who choose not to understand this otherness become the villain. It’s a critique that is rather timely: when General Strickland (Michael Shannon) sexually harasses Elisa (Sally Hawkins) in their place of work, it echoes the current #MeToo outrage that has blossomed from last year’s Weinstein scandal. (Though, Del Toro asserts that these events are only timely because these problems have always been present. Thanks, Guillermo.) Subtlety is not necessary in these times.

I feel I can safely say that everybody is a fan of romance, in one way or another. And sure, the concept of rooting for a human to fall in love with a fish is, in theory, ridiculous. But the honesty of the characters as they tread through the narrative is so genuine and purehearted that its simply takes too much effort to resent based on logistics. There have been critiques from the disabled community that the film only further “others” those who are mute, and the film suggests that people who are disabled do not have a place in society. I’d like to suggest that the film follows narrative conventions of the stories its inspired by, rewriting the happily ever after to fit the strength and bravery of the characters in getting what they deserve. Then again, I’m not mute, so I’m open to critiques on my critique.