Whakarongo Mai!: Listen Up! What Do You Think of the First Year Fees-Free Policy?

Introduced for the start of the 2018 tertiary year, the government’s Fees Free policy removed up to $12,000 worth of first year debt. Three years on, it is still a subject of discussion. Craccum interviews four students on their thoughts about the policy.

“Fees-free for the first year was a total blessing.”

“I was so crushed [at] not getting that first year scholarship after working so hard, [because] my family has no money to pay for university, the prospect of taking on student loans at seventeen was terrifying.”

“Even if it was only for a year, it felt like a total weight off my shoulders, and that I could focus on doing well in university instead of worrying how I was going to pay for it.”

“I support fees-free learning for tertiary study, however I do think it might not be the right call to make regarding education policy at the moment.”

“A great many young people are prevented from considering tertiary study due to issues in primary and secondary schools, perhaps because they come from low socio-economic areas and/or rural areas.”

“I worry that those facing these obstacles are slipping through the cracks.”

“I’m not sure what the answer is, but I do feel that the money that went into fees free from the government could have been used to pay teachers more, or something, to improve the quality of learning across the board.”

“As someone who supports the idea of free fees, something I find particularly frustrating is those who argue that student loans fulfill the same function.”

“While for many people the idea that one can just get a student loan and pay it back after they graduate is viable, it isn’t for everyone.”

“For those without financial support or family backing, the idea of being saddled with tens of thousands of dollars of debt could easily seem (and in fact be) a significant impediment on pursuing higher education.”

“I think first year fees-free is a great incentive to get young people interested in gaining a degree, however I do feel many people have abused the idea of why this was introduced.”

“I know students that have taken their first year of university to explore their options but forgot this is at the cost of taxpayer dollars.”

“If students were trying to figure out what they like at their own cost, they would be a little more cautious about what they choose, instead of deciding to do something off a little hunch they have had.”

“I think a way around this would be to introduce fees-free during the final year of tertiary study, this way valuable taxpayer money is going towards an individual that is actually going to help further New Zealand society rather than those dropping out after their first year.” 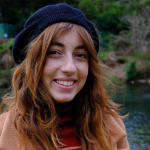