UoA Launches Plan to Create a Culture of Consent on Campus

The University of Auckland has revealed its new action plan to prevent and respond to harmful sexual behaviour on campus. Through this plan, the University says they aim to create a culture of consent and respect.

Following criticism for its response to multiple sexual assault claims against a former head of school, the UoA has announced its “Creating Cultures of Consent and Respect Action Plan.” This plan outlines steps the University will take to prevent and respond to forms of sexual harm on campus, and acknowledges why it is important to have an action plan for when sexual harm occurs.

According to the Ministry of Justice (2019), 94% of sexual assault cases are not reported. After revelations that former Head of Music, James Tibbles groomed and sexually exploited students for decades, Stuff’s Alison Mau reported that students and staff claimed they were silenced by the University. Additionally, Stuff reported that affected students said it took “weeks, if not months to get support” from University Health and Counselling, although the University has denied this claim.

In a video statement, AUSA Women’s Rights Officer Vivien Whyte supported the University’s commitment to improving its response and support protocols to sexual misconduct. “On campus students and staff have the right to feel safe within the University community as well as supported when speaking out about sexual harm.” Vice-Chancellor Professor Dawn Freshwater stated that the University has done worthwhile work in this area, particularly through the implementation of a sexual harassment code of conduct. The University has also committed to ongoing funding for Harmful Sexual Behaviour and Awareness Workshops in collaboration with Rape Prevention Education.

The University has recognised that there are further improvements to be made both on campus and within the wider community. The plan highlights the University’s next steps to create an environment that supports victims while also preventing any form of sexual harassment or misconduct. Whyte added that all members of the University community have a role to play in making our campus a safe space. “We need to normalise accountability and respect. This means speaking out, speaking with your mates, and being an active bystander.”

The plan also acknowledges it must consider members of all communities, including, but not limited to, the LGBTQITakatāpui+, refugee, disabled and international student communities. There is also a focus on people who are most likely to experience sexual violence. “Research shows young people, especially non-binary and trans people are disproportionately affected by sexual harm.”

Currently, the UoA is underway in producing an online training module on the topics of consent and respect. It has also been indicated that in the foreseeable future there are plans to initiate annual training for all health, counselling, mental health and disability services, and HR advisory staff. However, as noted on the terminology page of the plan, the University is yet to determine suitable definitions for terms such as sexual violence and sexual misconduct, which will help form further progress and growth in these particular areas.

As stated on the University’s website, their action plan is in progress, and will be consistently reviewed. Although there is no timeline available to address when updates and progress are to occur, support from staff and student leaders suggests the University is taking adequate steps to address the issue at hand. 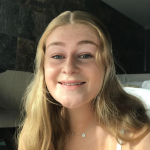