Does your tutor look permanently stressed? Are they losing their hair, or snapping at you every time you forget to use an Oxford comma?

Or are you a tutor, who walks around your campus like a zombie with your morning coffee in an IV line?

These are the typical symptoms of the disposable homo economicus incarnate: students and early career academics who suffer a never-ending string of short-term contracts in their attempt to find a foothold on the academic work ladder.

NZUSA, the Tertiary Education Union (TEU), and Tertiary Education Action Group Aotearoa (TEAGA), have come together to create the No Prospect[u]s survey and campaign. The survey is the first national study of precarious academic work at Aotearoa’s universities, designed by a team of early career researchers (also known as the “Precariat”) from various institutions across Aotearoa [1].

“We are hearing reports of students taking on multiple contracts, who are financially struggling with many paid below the minimum wage. They don’t have access to resources and are often suffering from mental and physical health issues because of it. One woman online posted that throughout her academic career, she has been on 84 casual contracts — it’s that bad.”

Tutor, post-doc, and University of Auckland PGSA member, Aimee Simpson, says “I have tutored for years. I worked it out that in the time I’ve taught, I’ve contributed to over a thousand students’ degrees. Tutoring involves a lot of care, guidance and effort, but the value we bring isn’t really reflected in our employment conditions. Students are always shocked to hear I only get paid an hour per student to mark all of their assessments, because I think they think back on all of the feedback I’ve given them over the semester and realise that I must have done a lot of that for free.”

“This survey is a crucial first step in understanding and quantifying the difficulties that some of our tutors, GTAs, and early researchers face through casual academic labour,” says AUSA Education Vice-President, Alan Shaker.

“For a lot of our students, particularly first-years, GTAs make a lasting impact in their lifelong learning. The lack of support is a concern and it is time for change. We hope that this survey will be the start of a crucial process to bring about that change.”

The survey gained 250 responses within 24 hours, and has caught the attention of Green MPs, Chloe Swarbrick, Golriz Ghahraman and Ricardo Manendez March, the Equal Employment Opportunities Commissioner, Saunoamaali’I Dr Karanina Sumeo, and Amnesty International. The findings will be presented to the Minister of Education, Minister for Research, Universities New Zealand, the Marsden Council, and the NZ Human Rights Commission, along with Aotearoa’s eight universities.

The NZUSA, TEU and TEAGA campaign against precarious academic work will run until December 2021, when the survey findings will be publicly released.

In the meantime, please #loveourtutors. 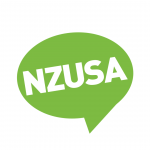