Earlier this month, MP Shane Jones had an interview with Newshub to discuss a population policy in New Zealand. He was “astounded how quickly the last million people arrived.” Jones is concerned about exponential population growth and how it impacts New Zealand’s infrastructure. We can all see that Auckland is overflowing. Housing, motorways, public transport. Then, he comments that people from “New Delhi” arrive in New Zealand as “students”, as a “backdoor to citizenship” and thus have “ruined so many of those [educational] institutions.”

I watched this interview on the Wellington flatmates page. Even as a third-generation New Zealand born Indian, I felt like a cockroach. I knew I hadn’t done anything, but the implications of this article would either be taken as racism or fact. Under Shane Jones’ repost on Facebook, some of the comments included:

“I don’t understand why New Zealand doesn’t try to attract more people from European cultures. Why does NZ focus on Asian & Indian? Australia is a good example of this. The immigration numbers are heavily skewed this way.”

Arguments (and counter-arguments) were marching through the comments section. The following day, the post had been taken off the flatmates page.

There is a stigma that Asians have infested the country, overthrowing hardworking kiwis. It is racial profiling. Jones is presuming that Indians are ruining the education system. However, barely two percent of the New Zealand university population arrives from India. In 2018, at the University of Auckland, only 536 out of 42,759 students were international students from India. This isn’t a one-off situation. Statistics like these are shared across the nation. At AUT, 25% of the student population is Asian, national and international. At Otago University, 133 out of 21,108 students were international students from India. This may be a lot of numbers to read at once, but that is the whole point. The most important numbers – 7,740 out of over four million New Zealanders are Indian international students. Jones’ argument on Indians ruining our institutions by invading the education system is bullshit.

Whether or not he intended his comments to come across as presumptuous (putting it kindly), it is disturbing that these words come naturally, a slip of the tongue. For all you Freudian fans, this interview is a plummet into Shane Jones’ mindset. Racial profiling is never okay.  It collates the existence of race and boxes them into a (false) generalization. Without the facts, these comments are released as internalised ideas, ones that hurt the Indians community.

And if you’re worried about me being too harsh, it’s time to dive a little deeper. Last week, Shane Jones had an interview with John Campbell. Campbell asked him to “name one institution that has been ruined by Indian students.” Jones clarified that he was referred to “the language schools” which were “dodgy visa factories.” Poor Jones felt he was being “talked down by the media.” Campbell stated that Jones had focused on the Indian students more than the functionality of the actual institutions. Jones was making statements about Indian immigrants ruining the system, not that the system was faulty.

The general consensus among politicians is similar to my own. Jacinda Arden states, “It’s wrong. Whatever label you put on it, it was wrong.” Simon Bridges similarly says “his comments are racist and wrong.” He paints a picture of Indians coming to the country as pests looking to drain every last cent from the government. Using Indians as an example of population growth disguises his racial profiling as facts. But, in reality, he has no substance to back up his comments. 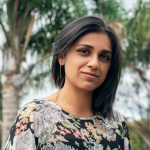