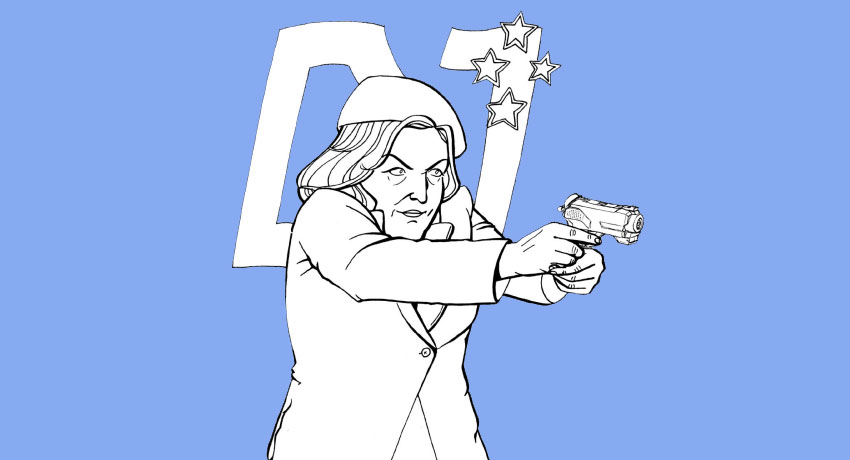 Bill English has resigned, citing a desire to the return of public life and looking for a fresh start. He’s done his dash and evidently, a second failed election is the last thing he can handle having on his political CV. But if the rumours of the last week or two are anything to go by, he knows that the wolves are done licking the wounds inflicted by Winston Peters, and were getting their claws ready. So rather than become one wolf’s freshly caught dinner, he made his surprisingly tearful announcement to the caucus and immediately prepared an exit plan for the press. But ultimately, was anyone truly keeping their mind on Bill? Were people that interested in his fate? Unlike John Key vacating his seat to a very clearly designated successor, Bill English has no such protégé, no publicly friendly face to easily transfer the Key/English one-two punch towards.

It is a dilemma that has been facing the party since late 2016, as there has not been one singular figure that could unite the groundswell of centrist voters the way Key could, the way Bill somewhat could and the way Jacinda Ardern has been able to. I suppose that’s the problem when you make your charismatic frontman the guy who been your accountant for eight years. So now the party of strength and stability is up for a very shaky time ahead – and I am very excited for one reason. It means that the supreme wolf; the Starscream lurking amongst the ranks; the Crusher herself gets to take a swing for the position. A very strong swing with a glove wrapped with barbed wire, and it is exactly what National has brought upon themselves.

Judith ‘Oravida’ Collins is the right person for the leadership of the party, because she exemplifies the full excess of crony capitalism that National has swung towards in the near-decade since Key took power. National took pains to maintain a publicly centrist outlook, trying to get the ultimate smooth talker John Key to make neoliberalism sound sexy and appealing. The public ate it up, he was Kathleen Turner in a bodysuit. Trickle-down economics, baby. Lean in with that privatisation ponytail. But while Key was the face, Collins was the gnashing of teeth. She was let loose to be the brutal far-right heart that captures those increasingly important fringe votes, especially considering the cannibalisation of minor parties that has taken place in the last two elections. Maybe one day we’ll start voting like we’re on the MMP system, but I digress. But while many thought Collins was given a poisoned chalice in order to reign her under control, especially post-Oravida, she has swallowed that Grail and done the dirty work that National doesn’t really talk about, but kinda wants you to know. Namely, the punishment-focused corrections system that ticks all the ‘tough on crime’ boxes but fails to do anything about recidivism. The increasing privatisation within the corrections system, while something I must stress Labour also has on their collective conscience, has been ramped up considerably under her watch. Crusher has slowly but surely done her best to remove the thought of empathy from within the prison system, something which should leave a black mark on anyone’s reputation, but she seems to have embraced it. Rehabilitation and human dignity are not something ever laid out within her plans for our burgeoning prison population, a population which rivals the USA when it comes to inmates per capita. Even in cases where it can be proven that a miscarriage of justice has taken place, she has dug her heels in to try and halt the process. Ask Teina Pora about his experience with the Minister of Justice. All in all, if John Key and Bill English (to varying degrees) are the men ‘middle New Zealand’ (whatever that is) would like to have a beer with, Judith Collins is the woman they would like to see maul an addict.

Most of New Zealand does not like her, to say the least, for Her Wrath hath been Uncompromising. But in the same way, she appeals to the vindictiveness (or apathy) in those who don’t really care what happens to one of our most violated populations, especially those who think that possession of some cannabis is worth time in the slammer. Such a group is larger than you would like to think, but despite National’s dogwhistling over the years, it has never been a substantial enough population to warrant putting Judith in the driver’s seat. However, this has done little to dash her hopes, as the whispering in her ear from longtime stalwart Cameron Slater has only given her more desire to wrestle control of National once and for all. For those of you who evidently lead much healthier lives than I do and have never been exposed to him, Cameron Slater runs Whale Oil, a blog which exists solely to fuel the far-right’s whimpers and subtly provide support to his friend. About as subtle as a hydrogen bomb, but that doesn’t matter. Already, the hit pieces on Amy Adams and Steven Joyce are making their way to the top of Whale Oil. The campaign has begun.

But oh, how I support her campaign. I’m a Greenie, so full disclosure: I’m delighted that such a shitstorm is on the cards. I think having her in the top spot would be unparalleled in terms of the drama and self-destruction that she is capable of causing. I have no doubt that the ever-hungry media wants Crusher to, well, crush the competition. Having Ardern vs. Collins in any scenario would be Duncan Garner’s wet dream. Ratings! However, in terms of sheer Sun Tzu politicking, Judith Collins needs to wrestle control precisely because of how callous, how lacking in empathy, how corrupt she is. Because of how thoroughly unelectable she is, she needs to be allowed to fail. It is in National’s best interest to quell the threat that is having her in the corner when she has nothing to lose. To put her in the spotlight so that there is nowhere to skulk off to is National’s best bet. In order to rebuild itself post-Key/English, someone needs to take the fall. Or rather, someone who believes they will succeed despite overwhelming distrust from within the caucus and the general population. Judith Collins fits the bill – purging someone with longtime leadership ambitions while having a disposable figurehead come 2020. There has not been a single term government in New Zealand since 1975, and while you can certainly expect National to launch a bid against Jacinda Ardern, it is more logical to let the shit hit the fan early in their time within the Opposition. Only after this failure can National truly jump back in the game and put some of their more respected politicians into position, such as Amy Adams, Chris Finlayson or Nikki Kaye. At the time of writing, Kaye has already ruled herself out and Adams has just launched a bid. No word on Finlayson yet. The party of strength and stability has not had such teething issues in many years, and all we can do is wait to see who has the longest knife and the most appealing back.

I daresay that Nikki Kaye is rather glad to be sitting this one out. She may have made the wisest move of them all.