From Russia with Love: Free Speech and the Far Right 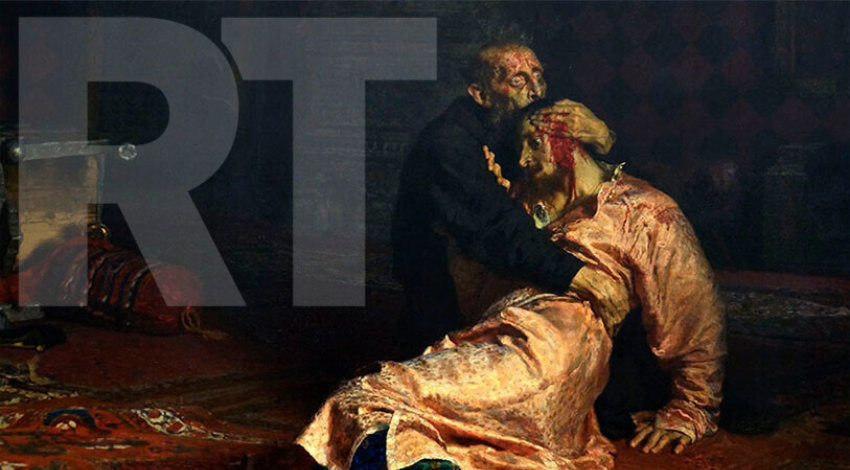 If you ask me what love is, it’s documentaries on a Friday night.

In a YouTube space littered with “Michael Jackson was killed by the illuminati!” and “Watch her eyes turn green! Queen Elizabeth is a reptilian!”, I knew I might have found my safe haven with freely available documentaries, where hard hitting news may be the more obvious and reasonable of the options. Maybe.

RT, the national Russian news network had enchanted me with a short and informative documentary format which focussed on unusual news stories which were not condescending to their subjects. They were neither sob stories, nor fit conventional storytelling tropes when it came to stories of children, crime and war. However, RT is also notorious for allowing a platform for the far-right, encouraging conspiracy thinking and has even been dubbed as ‘fake news’.

The answer may be just as tangled as an all too familiar debate here at our university of de-platforming the far right.

So, how was I charmed? And how do you be critical about what you may be reeled into?

In some aspects, RT has perhaps been an honourable bastion of the lay-person’s view, with the unfiltered truth. Many documentaries on their YouTube channel offer matter of fact narration to stories of every-day lives of those in Russia. RT strikes me as wanting to show the lasting impact and implications of these different ways of life on children, families and those undergoing hardship. Subjects of RT documentaries tend to be humble, hard-working people with a sense of humour.

One great example of this is the documentary ‘Big Sister’, of Kristina, the eldest daughter of 6 in a rural Russian village who, at 19, had been made legal guardian to her younger siblings, postponing her culinary school to be both mum and dad. All voices, including those of children, were treated as necessary to the documentary as opposed to merely incidental. Similarly, for ‘#TrueLove’, where the voices of people with disabilities are asked on issues on personal dignities beyond what we would consider, such as the feeling of being loved. This is a trope which I hope will become more prevalent in Western media, as the push for representation continues. We want media to be nuanced and meaningful as opposed to tokenistic.

On issues affecting children, in Kristina’s documentary as with pieces on adoption (‘Mama’) and charter schools (‘Children of the Tundra’), RT was perhaps the first news network who interviewed children at length and treated them with the same respect as adult testimonies. I could foresee this having a longer term impact in Russia, including criticisms on improving the Russian state care system and breaking traditional child rearing norms.

Coverage on developing countries was also neither child sponsorship advertisement, nor was it blaming of these nations uncritically. ‘Mama Uganda’, of Mariam, a mother of 38 children in a Uganda village. It is an all too common view to portray her as a pitiful figure, but instead, the documentary shows Mariam as a survivor and educator against child marriage and sexual assault, as an enterprising and caring mother. Also, a certain dignity was given in the documentary, ‘Tower of David’, of the infamous abandoned Centro Financiero Confinanzas, which became a de-facto city for squatters. There is a focus on stories of survival, not made as individual tales, but as indicators of greater social problems of these countries. In this way, RT skilfully dances to the steps of NGO outputs, aiming to use empowering and unexpected stories to reveal larger systemic issues.

Once you get sucked into the RT circle, it is not hard to discover that RT almost shamelessly offers a platform to those of the far-right and proponents of conspiracy theories. This has included ‘climate alarmism’, claiming that Covid-19 was a US biological weapon, nationalistic views with emphasis on minority violence (e.g Chechnya) and interviewing who would otherwise be on terrorism watchlists for hate crimes.

Conspiracy theories and the far-right go hand in hand. Once you believe in a conspiracy, this encourages extreme distrust and a misguided sense of grievance which may encourage feelings of isolation and violence. Yes, this is coming from me, who once gorged on the ridiculous magazine ‘Uncensored’ and ate up books on conspiracy theories from fringe authors. While I found these ludicrous, to a more naïve reader, this manipulation could easily feed into anti-semitism, xenophobia and complete aversion to political participation.

RT may not initially appear as such, but I will give an example as to why the honeymoon period with their YouTube channel wore off so quick. Documentaries on LGBTQA+ had themes where the sexually diverse person ‘changed their mind’. Rather than being presented from a scientific and emotional perspective of sexuality as fluid, they were used to spearhead harmful views that LGBTQA+ could be ‘cured’ and was an ‘illness’. A reason as to why Russia is a poster image for those in far-right groups is because the dominant political narrative is to reject more inclusive politics. Before viewing such documentaries, consider having a profile of the country in mind as with what the dominant political view may be. Is the documentary coming from a view of a political party, media conglomerate or special interest group?

Even in Aotearoa New Zealand, conservative politics has shifted from advocating stability to becoming reactionary, the point of being against what may be associated with ‘liberals’. He who pays the piper plays the tune. It is inevitable that most media will have agendas of their own. But when that agenda in itself is disdain for facts, encouraging conspiracy and violence, that agenda should not be upheld as equal to the valuable and nuanced views that develop pluralistic societies.

This debate isn’t too far off from one unfolding at our campus. Our former Vice Chancellor may say that certain white supremacist stickers and posters are covered by ‘free speech’. By implication of free speech absolutism, all views are allowed for their democratic value. Then what he may be abetting is elevating the status of potentially harmful speech as having democratic value, the same as other social movements. The risk of giving extreme views a platform is that you make them visible and legitimise them. And with allegations of violent plans and dangerous affiliations between international far right groups, this is not a risk our university should be taking, lest it become as suspect as RT.

Are you ever enchanted by media outputs on a social issue? Consider media framing, story sources, if the piece is satire or not and what the agenda may be. For if you are too late, you may find yourself clinging to some of the more toxic and harmful sides of free media you love.