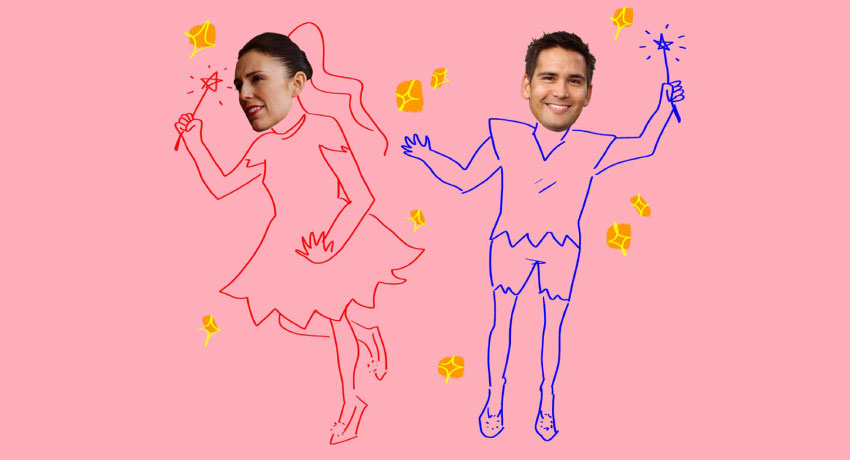 Given a passing glance, it almost looks as if National are trying to replicate the “Jacindamania” that swept the nation last year as there are clear parallels between the leaders. Bridges is also a “young gun” in politics at the juvenile age of 41. Like Ardern, time served in the youth wing of his party fast-tracked favour within National and has resulted in the two major New Zealand parties having Gen X leaders. Though, unlike Ardern, Bridges has not spent years cultivating a presence with students and soon-to-be voters (see DJ Ardern) to generate his own minor ‘youthquake’ so it is unlikely that his age will mean much young voters – a key demographic for the now Prime Minister’s popularity.

Bridges also brings an under-represented demographic in politics to the forefront with his Maori heritage. This has given him the historic position as the first Maori leader of not only the National party, but of either major New Zealand political party. Given the many issues facing Maori in New Zealand society, should Bridges choose campaign these issues he should be on even footing with Ardern’s championing of gender equality. That being said, in several interviews over the years Bridges has stated that he feels a certain disconnect with his hapu as his culture was not a big part of his life growing up, and has only briefly touched on it in his adult life. A campaign that leaned too hard on his heritage may seem disingenuous to some given his past comments and lack of track record showing his commitment to Maori issues. There is only so much mileage you can gain from a loose connection and it will be an interesting test to see how far Bridges can get on it.

But perhaps most interestingly, upon being named leader Bridges broke a key convention of politics: admitting fault in a party policy. Like Ardern conceding that 2004’s Foreshore and Seabed Act was an absolute shitshow, Bridges has confirmed that there is – maybe, slightly, kinda, sorta – a housing crisis in New Zealand (unless you own more property than Amy Adams, in which case congratulations are in order.) Not a major step in stating the blindingly obvious, but an improvement nonetheless. Which makes us wonder if a new leader is merely lipstick on a pig or a seismic shift in the National Party?

Some speculate that Bridges’ appointment is a placeholder while waiting for the glow of ‘fairy dust’ to wear off. Think Phil Goff. Or David Shearer. Or David Cunliffe. Or Andrew Little. After all, there must have been a reason why party veterans Nikki Kaye, Jonathan Coleman and Paula Bennet didn’t take a run at the top job. I’m sure they all remember Bill English’s frankly embarrassing defeat in the 2002 general election. However, what may have deterred them and ultimately won Bridges the job is experience, or lack thereof. With the last nine years fresh in the country’s mind is all the baggage that came with it, such as, you know, the crippling poverty. Bridges being slightly less central over the years has made him come out of the wash slightly cleaner than the rest.

But with this new choice of leader I like to dream a little bit bigger than the least worst option. The introduction of a younger man might be the opportunity for the now opposition party to grow up. Instead of pulling out the ‘John Key Guide to Politics’ maybe they will retire the ‘Fun Dad’ strategy that died at the hands of Bill English’s petty and pathetic re-hash, in favour of a clear stance about actual issues outside the economy. Because what is more important than the man, is what direction he takes the party.

After the election, Bill English made sure his MPs were spamming Ministers with questions more than pop ups on a 13-year-old’s computer, effectively making ministers incapable of doing their jobs because they have an obligation to answer lodged questions. He then went on to criticize ministers for not doing their duties as they forced to spend all their time on his parties’ queries. Sheer petty and vindictive behaviour like this on Bridges part will not do anything to dispel Ardern’s pre-natal reign. On the other hand, should National introduce social policy measures (that don’t include ineffective youth boot camps) that rival Labour’s signature strength before the 2020 election, Ardern might have to worry about something other than whatever Mark Richardson is shit-talking about her that week.

Despite being some of National Party’s top brass over the last few years, Simon Bridges managed to come from almost the back of pack this leadership race. The former Transport Minister has been in and out of the news, speaking on several issues and projects over the years, but the problem is that no one really remembers him. Call it Phil Goff Syndrome. Or David Shearer. Or David Cunliffe. Or Andrew Little. One thing that Jacinda Ardern is not, is forgettable. So the real challenge posed to the Honourable Simon Bridges, is to come close to shining as bright as our new Prime Minister.