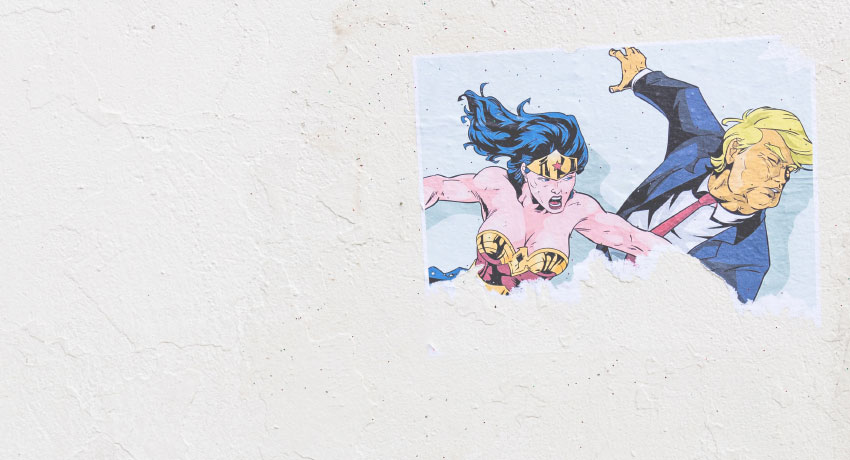 I understand your concerns. Donald Trump is an asshole. He’s a bigot, an idiot, a blemish on the face of society. He’s the embodiment of everything I hate in this world. But he is not mentally ill, and it’s about time that we stopped labelling him as such.

It’s a trend that’s been going on for some time now. Almost every news source on the face of the planet has featured some piece about his mental health, questioning whether or not Trump remains fit for office. The New York Times ran articles calling him emotionally stunted, the Guardian published opinion columns diagnosing him with malignant narcissism, and practically every psychiatrist in America crawled out of the woodworks to appear on panels for CNN, ABC and more. Hysteria reached its height (and journalism its absolute nadir) when Dr Lance Dodes appeared on MSNBC to proclaim Donald Trump a psychopath, claiming that he presented an “enormous present danger to us all”.

But while it is true that Trump is dangerous – he’s an unrelenting bigot who cares more about his own ego than the welfare of his people –  it seems lazy and damaging to pin this assholery on the backs of the mentally ill. Firstly, claims of mental illness have already been largely disproven – as Allen Frances, co-author of the DSM IV (the diagnostic manual used by most of the world’s psychiatrists), points out, Trump “does not suffer from the distress and impairment required to diagnose mental disorder”. But secondly (and far more importantly), these claims, in weaponizing the stigma surrounding ‘mental illness’, are helping to perpetuate its villainization.

Mental illness is already woefully underreported in New Zealand – many suffers report feeling unable to tell friends and family, for fear of persecution. This silence is largely driven by our misguided perceptions of the issue. Stereotypical depictions of psychosis in the media, a history of victimization, and a general lack of cultural understanding have all contributed to the idea that mental illness is the same as moral illness. It’s different, unknown, and therefore something to be feared. It’s the Joker to the world’s Batman – when we hear mental illness, we immediately think of Jack Nicholson in the Shining, or Hannibal Lecter discussing the taste of human flesh. But it’s time we recognised that being a shitty person is not the same as being mentally ill. Just as you don’t need a doctor’s certificate to be an asshole, suffering from some kind of mental distress doesn’t magically turn you into Ted Bundy.

The reality is, using terms like sociopath and psychosis freely and without proper diagnosis threatens to make the terms cheap, ubiquitous, and more misunderstood than they already are. Psychosis is a serious issue that affects millions of people every day – it can ruin lives, destroy families, and leave people unable even to perform basic day to day tasks. It is not, and should not be conflated with, just generally being a bit of a dickhead.

Don’t get me wrong: Donald Trump is, undeniably, a grade A douchebag. He’s the kind of wanna-be despot who deserves a battering worse than a shit-talking squid in an aggressive tempura restaurant. But while you can hurl abuse at him for his backwards policies, his shit orange hair and his general incompetence, calling him mentally unstable does more to hurt the psychiatric community than it does Trump. Perhaps, instead of wondering whether or not Trump is fit to be president, we should ask ourselves why we perpetuate a society that rewards selfish, narrow-minded and bullish people. But I guess that makes for less eye-catching headlines.