Who Asked You Presents: How to Ace an Arts Exam

STEP ONE: Do not study. What are you, a law student? Don’t be a fuckin’ nerd.

STEP TWO: Forget to charge your laptop. Of course you can’t find your charger. Attempt to use the home computer. Realise your brother won’t let you because he has seven hours of Grand Theft Auto that MUST be played, come hell or high water. Start the exam with 8% charge left.

STEP THREE: Fail to properly read the question. Write about the history of grease instead of Greece. Wonder how that is relevant to Classics, but don’t dwell. Exams are not the time for thinking things through.

STEP FIVE: Say something about postmodern conceptions of reality. Do not, under any circumstance, find out what this actually means.

STEP SIX: Your laptop is at 1%. Run around the room to generate static electricity to charge it. Resume the exam.

STEP SEVEN: Sing the entirety of The Dixie Chick’s song “Gaslighter” in your head. Think of nothing else for several minutes. Damn, that song is catchy. Realise that you only have ten minutes to go. Pledge to work harder on your next exam. You won’t.

STEP EIGHT: Surreptitiously use your phone to google jobs that don’t require a degree. Do not google the salaries of said jobs. This will cause you to spiral.

STEP NINE: Press “submit”. Suddenly remember twelve hundred things about the topic you just wrote about. Realise there was a second side. Wonder if that was indeed Anthropology 101, or if it was in fact Maths 329. Eat Krispy Kreme, even though you don’t deserve it.

STEP TEN: Tell everyone you got an A+, regardless of your actual grade. What are they going to do, check your SSO? 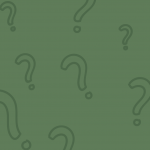