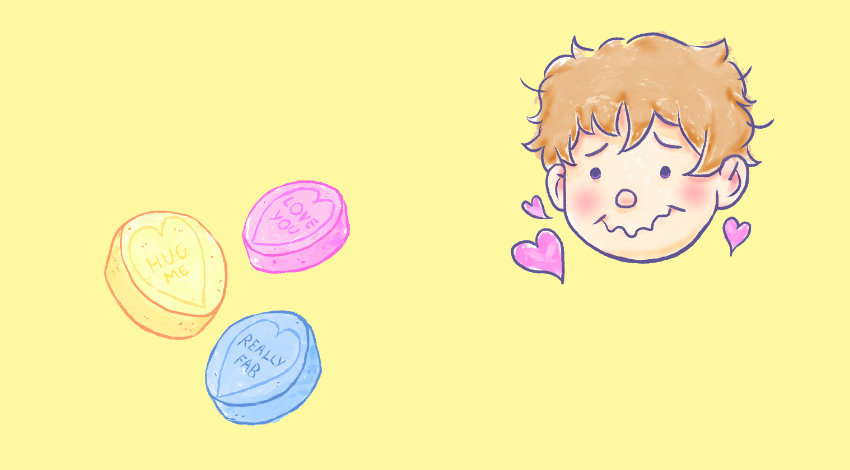 Love won’t feel like it did as a teenager anymore. Most of us already know that being young also means we are more risky. Impulsivity and sensation seeking when you are younger comes with an overall 2-3x increased risk of bailing into an early grave! The neuroscientist Robert Sapolsky says that “adolescence is the time of life when someone is most likely to join a cult, kill, be killed… help overthrow a dictator, ethnically cleanse a village… [or] adopt a hideous fashion style…” etc. The greatest and most tragic love could be added to this list too. The point is, there’s a range of outcomes, but our biology will nudge and prime us differently across our lives. As young people, we have this superpower of being extra engaged and excited by our thoughts due to our brain physiology. When it comes to young love, it’s safe to say there will be a lot of strong-willed and risky times ahead. As for being an adult – love will likely never feel the same.

There is this noisy relay station called the nucleus accumbens in your brain that is most active during teenage years. Feelings in our later adult years are not part of such a noisy circuit of dopamine-rich, motivation-inducing, emotionally-releasing, or pleasure-producing thoughts, so you will feel different as you age. Your nucleus accumbens, plus other memory and limbic circuits, are busy searching, planning, and imagining a sweet young love with very little experience to rely on. If the nucleus accumbens is the busy relay station that is quick to jump to conclusions, then dopamine is the chemical gatekeeper that allows these busy thoughts to manifest action and emotion.

Dopamine is a big topic in neuroscience. It is the centre of a lot of addiction research and Parkinson’s disease research. Estonian neuroscientist Jaak Panksepp wrote that “… [dopamine] circuits appear to be major contributors to our feelings of engagement and excitement as we seek the material resources needed for bodily survival…” The circuits Jaak is talking about are jacked with dopamine in the adolescent brain – and so it’s very excited and engaged. It’s like dopamine causes that hot heat in one’s stomach which senses the potential for love. Or that burst of naive excitement when you find a condom in your free AUSA tote bag. Dopamine is the chemical that could motivate us to do something big, dramatic, and risky for our crush. At other times dopamine also causes a harder-hitting emotional beat upon defeat.

With Parkinson’s disease, only the loudest thoughts to initiate movement cause real muscle action. Finer intentions are difficult to get across because dopamine-producing neurons are lost. A lack of dopamine in other parts of the brain means only the strongest thoughts/signals can motivate you to do something. The opposite of this is like borderline schizophrenia, where even small thoughts trigger a large mixed soup of more thoughts and feelings. In other words, there is a middle range of dopamine that’s best. Too much dopamine is bad; not enough is also bad for you.

Scientists think that because of 1) a higher level of background dopamine in adolescence 2) a greater connectivity and firing with the nucleus accumbens to the prefrontal cortex, and 3) a greater dopamine receptor density in teen years, we reach a “functional ceiling” in terms of the amount of dopamine we can take. So far research suggests a youthful fire for love is influenced by a range of adolescent brain peculiarities.

There is a negative flip-side to this exciting youthful time bathed in horny hormones: if your love endeavours pile on greater than normal social stress, then you may be at risk of an emotionally gloomy adult life. Research shows that social stress in adolescence will adversely decrease the amount of dopamine in later life – making you sluggish to emotion and the excitement of love. This science has been gathered by using rat bullying as a model for human teenage social stress. Do you feel like a bullied rat? If yes, you may be at risk of having less dopamine in adulthood because of excessive social stress.

The effect of dopamine and the busy nucleus accumbens pathway is just part of the story of the developing brain. We also undergo significant “pruning” to lend a more streamlined approach to our thoughts compared to our childlike self. On top of this, every person is very different in their behaviours, sense of risk, personal engagement with emotion, and genetic makeup. Other hormone changes during this time are also having an effect – like estrogen. You should enjoy this chemical cocktail while it lasts because the cocktail will likely never again be as strong. But, still, making life-long connections and beginning the journey towards true love, in whatever form that may be for you, sounds pretty okay too.