Shapes: From best to worst.

The bootleg rating of Shapes. Kind of like when you asked your Eastearn European Auntie to bring you Shrek on DVD but it’s SHROK, and he’s purple and distorted and donkey looks like eeyore got hit by a pickup truck. Flick to features for the real Dreamworks version. Here at Lifestyle, we ain’t about paying for licensing rights. 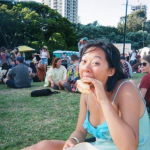