Instagram removes likes: the end of the world as we know it? 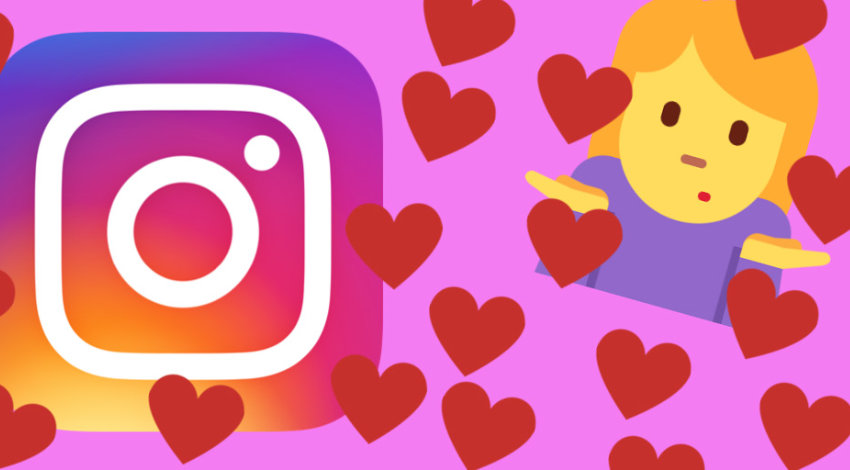 In a recent update, Instagram has begun trialing the removal of its most pivotal feature; likes. Likes can now only be viewed by the admin, not by followers or anyone else. A representative from Instagram stated that the change was being trialed in smaller countries to gauge the impacts on users’ wellbeing. Removing likes is being implemented under the guise of a cushioned online space where everyone is comfortable sharing whatever they want, whenever they want.

Along with many others, I found myself questioning the actual motives behind this change, given the seemingly non-existent-up-until-this-point morals and ethics Facebook and other social media giants boast. Surprisingly enough, reactions to the change have been mostly positive, given there haven’t been any international protests or petitions circulating, it generally seems likes have faded out smoothly.

However, there are some concerns within the influencer community, as Instagram’s quantifiable popularity scheme has provided personal revenue from collaborations, promo codes and ads up until now. ‘Shook’ are the small-medium insta-influencers of Australia and New Zealand, as they face the demise of their kind under a new social media agenda. As engagement with socials diminishes, and gauges of popularity are phased out, influencers will increasingly rely on the exchange of metrics and data analysis, handing power over to Insta. With likes gone, collaborators and small businesses will rely on follower count, which is increasingly unreliable as the escalation of ‘follower purchasing’ advances. It is impossible to ignore the pleading and complaining from insta-influencers, however, it does result in more personalized posts, with less sponsored content, which is welcomed in my opinion. I have grown tired of Slim-tea and Sugarbear Hair posts, and although these companies provide a revenue stream for influencers, I think I speak for everyone when I say; YOU’RE CANCELLED, WAIST TRAINERS.

The influencers taking a hit are those with ten thousand or fewer followers, as they claim their influence is difficult to sell once likes are removed. Many Australian influencers took to the Gram to rage and rant on the struggles of having ‘Instagram as a job’, and the ‘blood, sweat and tears’ that goes into gaining a loyal following on the platform. As cynical as I sound, I fully acknowledge that some do make their living on Instagram. However, it is not the end of the influencer as followers and account metrics remain and are still available and comprehensive enough to show business partners or sponsors. However, I think the REAL issues that are underlying for these influencers is that they’ve missed the like-train, they can’t build up their brand based on those figures any longer: they’re forced to post quality content: can you imagine? Maybe the influencers are just lost in a world without the instant-insta gratification, throwing their toys out of the cot, demanding their online hype-team come back into view. Issues will surely arise when this trial reaches the United States… then we’ll have an uprising on our hands.

Considering theories, it has been suggested that Insta may be deceiving its users with its insistence on ‘mental health and wellbeing’ buzzwords. Instagram has been consistently focusing on ways to monetize the platform, with the implementation of ads in 2013, followed by the ‘swipe up’ feature in stories in 2018, to integrate in-app purchases. With an increasingly advertorial-based agenda, businesses will likely replace the modern influencer, as they provide more ad revenue. Businesses thrive under the new regime, as users can’t judge the popularity of a product based on likes, therefore the user assumes trust of a brand or business. Of course, this is entirely a conspiracy theory, but it is rooted in truth, as Instagram has not shown any regard for the mental health of its users up until this point. Instagram also seeks to remove power from the ‘like buying’ businesses, which have gained traction in recent years as the pressure to appear as ‘liked’ by peers increases. Conspiracy theories aside, I guess the next time I post a scandalous mirror selfie or a cute sunset snap, I won’t be insecure about the mere 6 likes I wrangled in, and I will no longer compare myself to contestants of the Bachelor from 3+ years ago. The most upsetting loss in a like-free world is the impassioned efforts of the World Record Egg successfully outranking Kylie Jenner’s pregnancy post with millions of likes. I digress…

When I was 16, like many others I’m sure, I first got my own Instagram account, at the insistence of a friend. It was a foreign ground for me to conquer, and naturally, I started my journey with a sepia tone collage of pictures of me from Photobooth. From there, I progressed to rainbow filter cam-wow selfies and quotes I found on Tumblr. Unsure if I am totally showing my age here, but essentially, I continued on this path like many other Gen Z’ers, my relationship with likes waning and waxing as I shifted between friends and age groups at high school.

I came to understand the insta-youth when the kids I once babysat started following me on Instagram. Their feeds were filled with selfies (both mirror and regular) captioned ‘Insta thotties’ or ‘It’s Everyday Bro’ wearing the latest Tana Mongeau or Jake Paul merch. This is the very image I never wanted to imagine, but it is the manifestation of the social media revolution, as young users circulate popular trends portrayed by their favorite influencers. This suggests that the outrage felt by influencers at a like free world will be reproduced by the loyal following that they have.

To not be aware of how ingrained social media has become in the lives of people my age and younger would be foolish. Children have grown-up associating their self-worth with how they’re perceived online. Likes, followers and personal profiles allow young users to perform a version of themselves online, a version that they see fit to reveal to their peers, who are all doing the same thing. This online space, therefore, is a stage where young people create an alter-ego that they pride themselves on and strive to truly be. These behaviors are centered around likes and Instagram culture that creates ranks and popularity contests within communities like schools or age groups. Ongoing issues with the mental health of today’s youth have been aligned with pressures faced in a world that’s increasingly lived online. Literature and many studies have suggested that peers are important in shaping teenagers’ standards of beauty, femininity, and masculinity and their internalization of media ideals of these ideologies. For young people creating an account today, they will never know the stress of posting at the perfect time to ensure the most likes and they will never know the heartache of being swallowed up by Instagram’s deeply flawed algorithm. Instagram is, intentionally or not, shaking up the way people think about themselves and their own lives. Insta without likes is more of a blog with comments enabled, where users are essentially let loose from social chains they never knew existed. Invisible likes have the power to create well-curated and personal content that comes with inhibition and freedom from popularity contests.

However, Instagram cannot stop the most damaging thing from happening. Forget validation – a heavily photoshopped picture of Channing Tatum or a lavish 21st birthday party (that you weren’t invited to) is going to cause jealousy and ultimately sinking despair when you realize that’ll never be you, as it’s often what’s in the photo, not the thousands of likes it may have received, that drives people to feelings of inadequacy and insecurity. Removing likes won’t alter the fact that everyday users are comparing themselves to influencers, insta-models and heavily edited/curated pictures of people presenting their very best selves. The comparison that Instagram conjures from this consistent competition has led many businesses such as Sugar Bear Hair or Waist trainer to success, as users strive to become what they see on their feeds. So, sorry Instagram, but your supposed attempt at coddling our feelings may not have completely worked… if that was ever really the true intention.