In Pursuit of Counselling 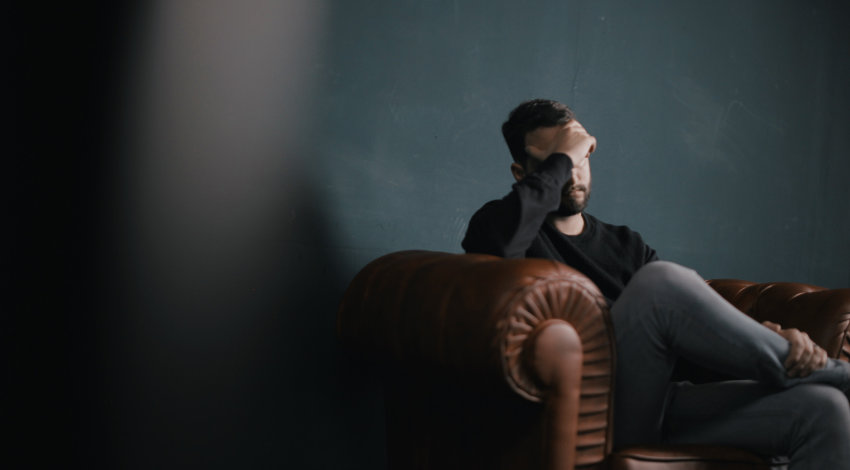 Getting counselling can be a long and arduous process, and the only thing that makes it worse is when it’s not the positive experience that you hoped it would be.  Even more difficult is finding a counsellor who “gets you”, who can help you make concrete progress, and who you can be 100% vulnerable with.

Unfortunately, people who have had negative counselling experiences may dismiss the entire idea of counselling because of it. What isn’t widely known is that finding the right counsellor for you is similar to finding the right partner or best friend. Counsellors are humans, just like us. They have their own unique personality and worldview that will inevitably influence their approach. If you view counselling as a relationship, it makes sense not to settle for the first one you see, and have that mould your opinion around the practice as a whole.

In regards to mental health, when we open up to people the first thing we are told is to get help. But what does that look like? For many people, counselling is either too expensive, too confronting, too inconvenient, or too limited to be considered a viable option. If your reasons for seeking counselling are specific or particularly complex, then expensive specialists become a reality.  When I attempted to sign up for counselling services at Victoria University I read on the website that “two or three counselling sessions are often enough to help manage things better and get your life and your studies back on track.” This baffled me. There are many reasons why people seek out counselling, and they often are problems that we consider too big for just ourselves to be able to deal with. In New Zealand and across the world, accessible and free counselling or even medical services for that matter is not a reality. The pressure to be “fixed” in a limited amount of time can hinder the overall experience. Getting help is not a linear journey, and it does take patience, perseverance, and a fair amount of setbacks.

I grew up with a mother who is a counsellor, and thanks to her formed a very positive and open view about the practice. My first counsellor was called Merilyn, and she was incredible. At age 14 all I really needed was one person to validate me in a world that continuously felt like it was against me. After my time with Merilyn came to an end, I remember walking back home crying, devastated that I would never be able to see her again. Over the years I have realised that not every experience with counselling will be as positive and simple as the one I had with Merilyn. Factors like socio-economic status, stigma, time, severity, and accessibility all can hinder people from seeking counselling. Counselling can be so far out of someone’s radar that they don’t even consider it to be a viable option. Some people view it like a dreaded dental appointment,  putting it off until things get worse. It’s not surprising then that if someone goes to counselling for the first time, and it just doesn’t “work”, then that can mar their perspective on counselling permanently. However, once counselling is experienced as a connective and transformative experience, the possibilities for positive growth are countless.

Because of Merilyn, in the past I have jumped at any opportunity to go to a counsellor when things get difficult. This resulted in a very mixed bag of counsellors, some good, and some pretty dreadful. Sometimes it boils down to a personality clash, different values, or simply different techniques/areas of expertise that don’t work for you specifically. I saw high school counsellors, university counsellors, and private practice counsellors. Counselling hinges completely on confidentiality, and even when I tried to stay away from counsellors who knew about my mum and my family on a more than professional level, it still happened.

Taking the prize for the worst counselling experiences was one I had only recently. I found Heather* online, seemingly unconnected to my mum. It turned out that Heather had been taught counselling by my mum and that she was a Christian counsellor. Even though she assured me that she barely knew my mum and it wouldn’t affect anything, it still felt odd. When I told my mum that I was seeing Heather she tried to remain neutral, but later admitted that she didn’t think Heather would be a good fit for me based on how she came across in class. When I drove to Heather’s house for our first appointment, I nearly had a car crash, as I was half distracted looking at my phone for directions when a car in front of me abruptly braked. Already feeling raw and shook up, I proceeded to tell Heather every single thing that was wrong with me and my life. I had never opened up to someone like that before. I thought it was the right choice, but it caused complete emotional exhaustion. I thought that set us up for a good start with everything out in the open, but it became clear after about 3 sessions that something wasn’t working. I felt like I had to justify what I was telling Heather, and that she was judging me. That is the first red flag of a counselling session. If you don’t feel like the space is judgement free, then something is wrong. I also didn’t feel like I was actually getting anything out of our sessions, and that I was simply talking and everything she said wasn’t actually helpful. I wasn’t applying anything from the sessions into my daily life. There was a massive disconnect, and by the fourth session, I decided to “break up” with Heather. I did a google search on the etiquette for ending a counselling relationship and decided to send her a text message thanking her and explaining that why I wouldn’t be coming back. I feel good about ending it, because I didn’t want to settle for a counsellor who didn’t understand me and wasn’t adding anything to my life. After I stopped seeing Heather I found out that the practice Heather followed called Living Wisdom was embroiled in a controversy a year ago about gay conversion therapy.  This set off a massive red flag in my head, and solidified my choice to end things. Living Wisdom also felt pretty sketchy and cultish. That was a lesson in doing my research before committing to a counselling session.

Though we’ve taken massive strides in recent years to end the stigma around mental health and work towards creating accessible solutions that include therapy, there is clearly room for more progress. In a perfect world, there would be government-funded free counselling for anyone who needs it in New Zealand. Race, age, money, and gender would all be non-factors in the access to counselling. Not feeling like you need to settle for the first counsellor you see will also hopefully be eliminated one day. I’m aware of my privilege as a white female who grew up in a progressive household with access to free counselling services at my university. Not everyone has that luxury. However, I’ve still felt pressure to have my problems fixed in 2-3 sessions, and have tried to “make it work” with a counsellor who clearly doesn’t get me at all. I’ve taken the short term counselling session at Victoria even though I knew I needed the longer one because the waitlist for short term was only 3 weeks instead of two months. I hesitated to terminate things with Heather because I had signed up for 10 free ACC-funded sessions with her and didn’t know what would happen if I tried to find another one.

We can’t ignore the massive need for effective counselling services. Suicide rates are climbing and may are calling for the government to implement a national suicide prevention strategy. Yet I still have friends who view getting help as a sign of weakness. The thought of talking to someone about their problems terrifies them. Perhaps when they find a counsellor that works for them, talking about their problems and emotions won’t seem so daunting. For people who don’t feel naturally inclined to talk about their feelings, or are experiencing years of untreated trauma, 2-3 sessions won’t even scratch the surface.

What can you do about it?

Utilise funded sessions that can make counselling free or at a reduced price. This can be through, work, university, online, or ACC and Studylink. While we wait for policies to change, all we can really do is work with what we have and try to get the absolute most out of it. Sometimes that may require going directly to a GP and asking for their sign-off. Sometimes that means having to go through the paperwork all over again. Sometimes that means saying no to the counsellor that you know will not benefit you so you can wait for the right one to become available. If you are able to choose a counsellor, there are a lot of factors to consider. Look at their testimonials, the training they’ve had, and what area they specialise in. Do some research on the professional body that they are a part of, and read their “About Me” section to a get a feel for who they are. This can help in optimising your experience and saving you time and money. It will be trial and error, but taking your mental health into your own hands is vital if we want to stay alive and thrive in this world.