Here to just ask you more questions rather than answer them

I don’t really want to smell like Lynx Africa. Honestly, I don’t really think anyone wants to smell like Lynx Africa. Also, just generally, men’s deodorant has such a musky smell. So many ‘masculine’ smells are just so in your face. On the other hand, women get to smell like the sweet things in nature. Vanilla, flowers, lavender (am I getting confused with air freshener??). I swear men’s deodorant just makes you smell dirty, and women’s fragrances make you smell clean. Why are businesses literally marketing to keep this??

Fun fact, pink wasn’t always a girl’s colour. It was actually only associated with women when Mamie Eisenhower (First Lady of US in the 1950s) wore this dress in her husband’s presidential inauguration. @tchalamet wore a pink suit to the Little Women premiere to show us that the colour is for everyone!

Restricting people’s clothing is quite arbitrary and outdated. Back in the day, this thing called the ‘three article rule’ existed. This was an informal rule that meant that if you wore more than three articles of clothing that traditionally belonged to the opposite gender, you could get thrown in jail! That’s literally putting women in jail for wearing pants… Would you wanna throw Harry or Zendaya in jail?!!!

This topic is portrayed as really radical, but in reality, it shouldn’t be at all.

Recently, in the trans inclusion discussion during the Olympics, the most common argument in excluding transwomen was that they would have an unfair biological advantage over cis women. I’m not really going to focus on the IOC guidelines that completely nullify this argument. I want to talk about biology!

If biological difference is the main argument towards excluding people from sport, then why aren’t we truly looking at biological differences. Differences between sex characteristics exist, but they aren’t the sole contributor to a person’s strength and agility. I am about 168cm (on a good day). For a male, that’s considered short, and my body, in general, is smaller than a lot of people across gender identities. This affects my muscle capacity, how fast I run, etc. So many people (women, men, gender diverse) will beat me at so many sports activities. And that’s mainly because of my biological characteristics. Not my sex characteristics. Maybe my testosterone will affect my muscle capacity, but there are so many other people (across gender identities) that will have more testosterone than me, and those who will be taller than me, etc.

But it’s not about biology, is it? If it were about biology, then the way we divided teams would be based on that. For example, weight brackets like in rugby and height brackets in basketball, etc. If fairness was really the interest here, then excluding trans people from sports would not be the way to go. It would be about figuring out what characteristics make a person better in a sport, and then creating different categories based on those characteristics. The biology argument is really about gender and reinforcing gender divides and excluding an already oppressed group simply because it’s convenient. I recommend looking up @pinkmantaray on Instagram. In a recent interview, he talks about transgender athletes in sports.

Gender is a social construct, so there’s a lot more that we can degender in society. Keen to hear any other things people think should be degendered! And if you’ve got any other queries as well, feel free to get in touch via qro@ausa.org.nz (and follow @queer_council on insta!) 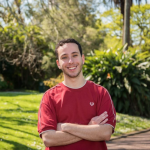