Beat for the gAwDs: Finding Masculinity in Makeup 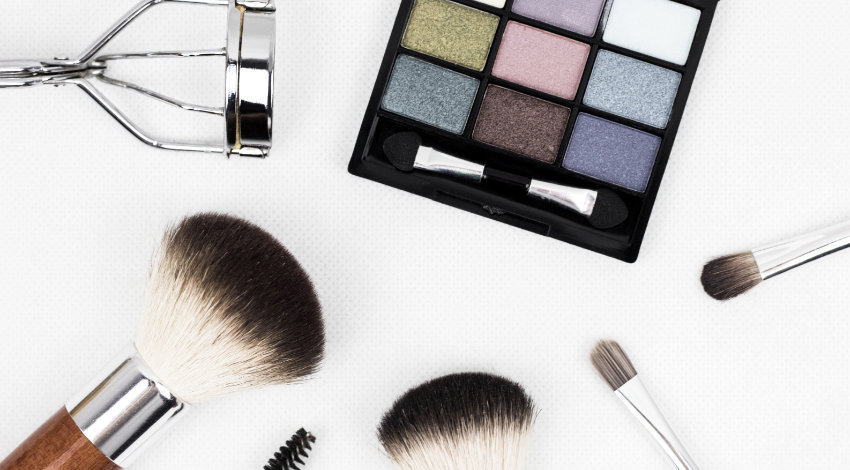 After a solid year of serious and dedicated Rupaul watching, a close analytical viewing of the James vs Tati drama and having wildly talented makeup-wearing pals, seeing makeup in all different forms was a pretty normal part of my everyday life. However the idea of “beating” my own face still felt…..wrong. The world did not need me – a sweaty, bearded ‘dude’ – to powder my cheeks and get dolled up for a night on the town. It simply wasn’t how it worked.

Until the night that I did.

I discussed the idea with a dear friend of mine, whose response was something along the lines of “yas queen slay”, and away she went glittering my face, filling in my lids and contouring these cheekbones like there was no tomorrow. Although the new experience (as subtle as the end result was) was somewhat riveting, the excitement was accompanied by a whole new set of nerves – was I about to be confronted by my own queerness? What if I see someone I know? Is my highlighter, how they say, poppin’?

But I stuck it through, and when the task was done and I took my first glance at my new face…I felt alive. I was ready to dance to my heart’s content, make a fool of myself and just be free. I know this sounds so dramatic, especially to makeup connoisseurs, but I really did feel like an elevated version of myself. Needless to say, it was a good night.

Then I got to thinking. People, many of whom are females due to long standing societal expectations, put on makeup literally every single day as a non-negotiable part of their daily routine. It seemed pretty weird that applying even the slightest bit of makeup made me, in my raggedy clothes I’ve been wearing for the past 5 years, feel like I had gone from rags to drag. It really shouldn’t be anything special, and I can imagine that those who have been told their whole life to use cosmetics are probably pretty damn sick of it.I took my selfies, wiped off my mascara and pondered why this miniscule change had me feeling so good.

1.   The confrontation of my own masculinity

Even as a man who is relatively  in touch with what could be considered his ‘feminine’ side, as my friend was preparing my face for the evening, I couldn’t help but feel like mymasculinity was being threatened. And then I thought…what the fuck does that even mean? Looking fine, fresh and fierce was going to take away from the fact that I identify as a male? What???? I didn’t burst into flames as the brush hit my face. I didn’t melt as the setting spray lay on my cheeks. I realized that despite being a very open minded person myself, I must have subconsciously believed that putting on makeup would never be ok for me.

2.   The realisation that makeup is literally a genderless product.

Yes, of course makeup is, more often than not, presented through gendered advertising schemes, aimed at women who fit a certain look, shape, size and ethnicity. We have all known this for years, and yes, it is exclusionary, unfair and marginalizing. However, I believe the rise of celebrities and influencers from a whole range of diverse backgrounds, gender identities and ethnicities taking control of the product is amazing and helping us all realize that makeup itself does not have a gender. The powers-that-be in the world of marketing have made sure this is something we don’t question often. Going against my own idea of what makeup was, and who it was for, was an empowering experience and I can only hope that more ‘dudes’ or others who feel the same way can venture out into worlds they’ve never before been.

Ok, I know. For most of you, this is all super obvious stuff and I am seriously late to the party. But I think this is why I’m feeling so empowered, inspired and challenged by the whole experience – in doing something that’s a little out of my norm, I’ve discovered a lot of things about myself that I didn’t even know and I feel like that can only be a positive thing. Hey, if a smokey eye is what it takes to experience some self-growth, hand me the damn brush.

I’m not writing this to say that all the ‘lads’ out there need to line up at Mecca at the crack of dawn to get glammed up with the latest products. But maybe (if you’re in a safe environment, of course) it’s time to try something out that you’ve always wanted to do but thought society would shun you for. Whatever it may be, it might just unlock your inner Patricia and you’ll find yourself feeling like a whole new you.

That’s enough from me, catch me next week when I start my beauty guru youtube channel xx