I’d just landed my first job as a barista at a cute tucked away cafe. The manager was nice, and the atmosphere was welcoming. Brick walls and dark wooden floors gave it a vintage vibe, and they even had a wall dedicated to plants. This definitely made me feel better after getting rejected from Starbucks.

A little backstory: I was spoon-fed all my previous jobs because of family connections. When I called my Mum about the good news, she sounded proud and was probably surprised that her sheltered kid was taking a small step towards independence.

When I went to the three-hour trial shift, I knew it would be unpaid as they had told me the day before. I had agreed. It sounded fair enough, right? A barista assessed me while making coffee, serving customers, using the cash register etc. I did well, and the barista announced I got the job.

I completed that level and went ahead to meet the final boss on Tuesday to work for another three hours. The manager reassessed me, and reassured me that I got the job. At the end of the day, we had to clean the coffee machine from the inside using boiling running water. I got scared that I would burn myself. The seemingly warm manager shifted his personality, glared at me and made weird clicking noises, flaunting his growing irritation.

“If you can’t do this, you don’t have a job,” he threatened.

Did I hear right? In the morning, he guaranteed that I got the job and even said I did well. At that moment, I froze. What did I do wrong? I thought.

“It’s a natural reaction to be scared to get hurt,” I weakly countered. “Baristas get burnt,” the displeased manager concluded. I couldn’t argue against that.

He told me I’d get the contract next Monday and start getting paid then too. But first, I’ll have to come back and work another three-hour shift on Friday. I said “okay” and promptly left in fear of exposing my internal sadness. I had expected to get paid on the second day. It was weird to leave with an empty wallet. I started to process what happened. It clicked that he wanted me to work nine hours without pay. Was this normal? Was this even legal?

Nick* was 19 when he went through something similar, except he was fully aware he would work in a hair salon without pay for eight hours. Nick had no prior work experience, and was doing a hairdressing course at that time. He said he did it for the experience and didn’t mind. In comparison, 17 yr old Jasmin* didn’t know she would work for three consecutive days unpaid at a dumpling joint. She was asked to come back again after the first and then second day. She was told she needed to improve on her cooking skills to be considered for the job.

I called the Young Workers Resource Centre and asked about my rights. “This is very common in the hospitality industry. It is legal. There is a lot of grey area but it is obviously wrong. The most you can do is ask them for the money you’re owed,” they pointed out.

Jasmin did her own Googling and found out training periods should be paid. She had already started doubting the management after the first day, but she came back because they were a popular restaurant.

For myself, I was in mental turmoil for the next two days, contemplating whether or not to take the job offer. On one hand, this job really suited me, but not the management. It was made clear the manager had some anger issues. Making someone work unpaid is super unethical. But a thread of hope told me work conditions could improve.

Nick took the hair assistant job offer, and his work conditions worsened. Aside from his usual sweeping, and helping qualified stylists with hair colouring duties, he became an Uber driver who occasionally picked up the manager’s rude children after school. He also struggled to fit in five minute breaks between two hours of back-to-back clients. He said his harsh working conditions were “Probably because [the manager] thought I was young and couldn’t do anything about it.”

“It wasn’t the best aye,” he continued, “I kinda just did it on autopilot to get through the day.”

I consulted many of my friends about this situation and they all agreed this was some dodgy shit. I’m not into dodgy shit so I dropped the offer. I confronted the manager about the unpaid hours via text because I was too much of a wuss to call. It went like this: “Hi Frank, you don’t have to threaten me about not getting the job. I don’t want this job anymore because I can’t see the work conditions improving.” I ended the text with: “my friend didn’t like your flat chai latte either.”

I introduced him to the idea of paid training shifts, and questioned his ethics and personality. I felt this was justified. He would’ve made $200 off of me if I went with the flow. I didn’t ask him for the six hours worth of pay either because he just wasn’t worth talking to. My friend has already called me an idiot multiple times because I didn’t drop the job earlier.

Similarly, Jasmin asked the manager for three days worth of pay after her experience. They wanted to compensate her with dumplings instead. The manager made excuses, telling Jasmin they were a small family restaurant with two children, and they had to pay the other workers. Jasmin threatened to call the police. They finally gave in and paid her.

Nick wasn’t the confrontational type, but he left the job two and a half years later. He didn’t become a professional hairdresser either, and was slightly disappointed. Personally, it was terrifying to hear about Jasmin’s and Nick’s experience. Who knew the world was scary and bad people exist? I asked myself, what can we really do? We’re just students.

My friend Angus offered his opinion on the issue. He believes that the culture of service in high school doesn’t translate well into the workplace. There was this idea that you should volunteer because you had a duty to your community, and asking for money would be out of the question. It’s good ‘experience,’ they told us. Back then, we were taught that labour should be free, always. Or, at the very least severely underpaid (here’s looking at you, paper runs). But leaving high school, young people aren’t told that they shouldn’t do anything for free because people will be making money off of your labour. We need to set reasonable expectations for ourselves, or else we will get exploited.

There needs to be education about the workplace in high school. This topic is just another bullet point on the list of things that aren’t taught at school, such as managing money or forming meaningful relationships. High school doesn’t prepare you to be an adult, but there is a lot more secondary education that can be provided.

Because this isn’t taught, the responsibility falls on us to read the terms and conditions and find out what is legal. Next time, I’ll be assertive in the work space, ask how many hours they want me to work if a trial shift is offered again, and ask if it is paid or not. Consider this a formal warning for anyone looking to get a job—don’t be like me. Do your homework. 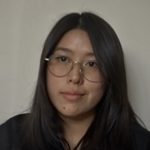 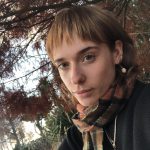