Why I Wish I had The Sex Talk

You might think that NZ’s very own Joe Exotic, Craig Busch’s, AKA the Lion Man, explanation of lion sex would have been enough for me to connect the dots. But, at 12 years old, I still thought holding hands was a viable means of fertilisation. It was my friend, who, upon the whispered recount of Simba’s conception, enlightened me to the fact that that was indeed how humans did ‘it’ too. How was I supposed to look my parents in the eyes, let alone enjoy an iced animal now?

I know I am lucky to have grown up in an open-minded and supportive family. However, the openness only extended so far. Not once did we have a conversation about sex, and I wish we did. Perhaps, I should be grateful to have been spared that awkward, avoid eye contact at all costs scenario, but in reality, the Lion Man left me with more questions than answers. Granted, my parents probably had no idea what to say or, if they did, no idea how to say it. But I feel that any explanation would have been better than nothing. In not talking about sex, my family shut the door to broader discussions about sexuality and relationships. The message I took from the silence was that sex is taboo and, to some extent, unnatural.

It has taken many episodes of The Guilty Feminist and a gen-ed on Learning Sexualities to unlearn the notion that desire is a source of shame and accept that pleasure is healthy and essential to our wellbeing. Of course, my family did not create these ideas. Instead, they are a means by which the patriarchy and broader society can reproduce unrealistic, prejudiced norms. But by saying nothing, I thought any conversation about sex was off-limits. There was no opportunity to dispel the myths and criticise society’s problematic ideals.

Without our families, who can we rely upon to relay positive messages about sex? School certainly is no guarantee. I’m sure the lenses of my high school vice-principal’s glasses could electronically detect when students were within 30 centimetres of each other. Moreover, the extent of our sex education was line diagrams of anatomy and pictures of genital herpes. In my opinion, all this did was medicalise the body and make sex intimidating. Although, that was probably the point.

Families surely cannot expect us to learn about sex from our friends. Bless their 14-year-old virgin hearts, were so consumed with acing year 10 that the closest we got to talking about sex was revising said line diagrams. It was not until year 11 that Ron realised ‘normal’ or unmarried people, i.e., his peers had sex. Even then, he felt that whether he had sex or not, revealed his sexuality or not, people would perceive him negatively. Of course, accepting and genuine friends are invaluable supports that can help us make sense of the world. But you probably wouldn’t ask your B.A. friend for help on an engineering assignment. Therefore, parents probably shouldn’t let high school students be their childrens’ go-to sex education resource.

I’m not saying I needed a family trip to Peaches and Cream to feel that sex was something I could talk to my parents about. Perhaps a simple rundown of what happens during puberty might have established an environment where candid discussions about sex, relationships, and wellbeing could occur. Francesca, in our interview, said that her mum was and continues to be essential to her progressive view of sex. When she was growing up, her mum never disregarded her questions or conflated having sex with some life-changing event. When she first started having sex, Francesca said that her mum was the only person she felt she could talk to or laugh with about her experiences.

As awkward as conversations about sex may be, there are benefits to having them with your parents. A meta-analysis of 52 studies showed that young people who had discussions with their parents regarding sex were more likely to practise safer sex (Widman et al., 2016). Other studies show that people were more likely to enjoy their first sexual experience and view sex and sexual diversity positively when they heard positive messages about sex from their parents (e.g., Smiler et al., 2005).

My parents are not entirely to blame for me equating sex with the Elephant Graveyard in The Lion King; that was mostly Craig Busch. But someone has to be responsible for ensuring positive, holistic and safe information about sex is available to young people when they need it. Whether it is delivered by parents, a fit-for-purpose website, or other resource, tweens and teens should not be left in the dark about their bodies and feelings. At the very least, a big-cat-free introduction to sex will reduce internal conflict and promote sexual wellbeing. 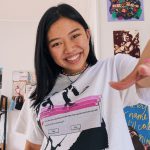