Why students are abstaining from sex

At uni it can feel like every other person is doing the dirty apart from you. Hundreds of UoA confessions about sex, the constant talk about it, and endless offers from ACCTG 101 dudes make it feel like it’s something we HAVE to do—a rite of passage of sorts.

Not having sex at uni seems outrageous to some (let alone doing it intentionally). Yet at UoA, I have come across dozens of students who have made the personal decision to wait for sex. Some are waiting for someone they trust, some for love, and some for marriage. They have all sorts of reasons including faith, cultural expectations, or their own method of self-worth. This week, I dived into the world of uni students who have made the decision to not have sex. I tracked some of them down to ask them questions we all secretly want to know.

Do you feel pressure at Uni to have sex?

Absolutely. Abstinence in my experience was challenged explicitly by many of my peers, some of whom were disrespectful of my beliefs and others of whom respected my decision. – PGDip Computer Science

Interestingly, I’ve never felt pressured to have sex, but I’ve often felt pressured to not talk about why I don’t have sex. In my experience, people often feel judged even though I’m speaking about it as my personal decision. – MHSc Nutrition

What are misconceptions about people who wait for sex?

One misconception I think is that we don’t ever think about sex. This is not true. How can we not? It simply is harder to stick to convictions and beliefs. – PGDip Computer Science

I’ve been told that if I save sex for marriage, I will be disappointed when it finally comes. After all, nothing can live up to a two-and-a-half decade wait! But I know the heavens won’t open on my first time. I just look forward to learning with my wife and laughing at our mistakes. – BA English/Media 3rd Year

There are more people out there than you imagine. You can have a highly fulfilling life without sex. We don’t think sex is gross or wrong. There’s nothing wrong with choosing to wait, even if you have already had sex. – BA Philosophy/Linguistics 1st Year

What is your experience of waiting to have sex?

My mum used to tell me to not have sex with anyone I wouldn’t be willing to have a baby with. I think this is great advice because there is that risk. I think sex as well should be treated more highly than it is. People are valuable, and we devalue others and ourselves when we make sex more important than them as people. I see so many relationships fail because people are having sex from the start, overlooking all the parts of their partner that they do not like. – BA Philosophy/Linguistics 1st Year

I am waiting for the one person to whom I can wholeheartedly commit the rest of my life to. I hope that he will be the only person I ever marry—the person who understands me the most, who sees all my weaknesses and imperfections, and is still the one person on this planet who loves me the most. They will be the person I choose every day, and who chooses me every day. There is something so precious about that exclusivity. – MHSc Nutrition

I decided at 12 that I wanted to wait as that would strengthen my relationship with God and also protect me from the risk of dating boys who only wanted sex. Unfortunately, at the age of 14, I had my choice to wait taken away from me by someone I trusted. It was a dark time for a long time. I felt like I had betrayed God—like I had done something wrong to let that happen. However, as I got older and realised that it wasn’t my fault I started to get angry with God. I couldn’t believe that that was his plan for me, that when I had put faith in him and trusted in his path for me, he had let this happen. I got a boyfriend at the age of 15 and decided that it wasn’t worth continuing to wait almost out of spite, I had sex with him and when our relationship ended two years later, I started sleeping around. – BA History/Geography 2nd year

That obsession with virginity in Christian circles is the root of a lot of oppressive doctrines, especially for women. I think that saving oneself for marriage is beautiful, but elevating it to a pedestal is nothing less than pharisaical. – BA English/Media 3rd Year

If you have recommitted to waiting, why?

I found that the more I leaned into the narrative regarding sex, the more I desired sex, and the more I felt that what I did get was not enough. The narrative of the normalcy of pornography, the sexualisation in media, the constant conversation which involved talking about the other sex objectively greatly impacted the way I thought and acted negatively towards women. It brought me to make unwise relationship decisions. – PGDip Computer Science

When I met my current boyfriend, it felt like a new beginning; he was waiting until marriage and I had to face my fears and decide if it was something I could recommit myself to doing again. I was scared to put myself back in a position where something that meant a lot to me could be taken from me and so I had a lot of internal conflict about whether dating this boy would be worth the mental stress or not. I eventually came to the decision that while recommitting to waiting was too scary for me, I was happy to wait until he felt ready to have sex. – BA History/Geography 2nd year

My only experience with sex was people using me. The first guy cheated on me. The next guy took advantage of me. Then I tried out the idea of waiting, and when I started putting my foot down, the douchebags gave up and the genuinely great guys were willing to go after my personality and not just my body. – BA/BCom Psychology/Economics 2nd Year

Do you ever consider changing your decision?

A ‘what if’ occasionally flits over my mind, but I think a life based on what-ifs isn’t a healthy one. There are times where I wish I had sought help instead of drawing my own conclusions on the assault, I think it would have given me a healthier outlook on sex as a teenager, but everything I have been through has taught me important life lessons that I can now use to help other people. – BA History/Geography 2nd year

I’m very stubborn and I rarely change my mind once I’ve decided something, so no. There are moments where I imagine what it would be like if I did change my mind, but whenever I do think about it, it only reminds me of why I decided to wait in the first place. – MHSc Nutrition

I have sexual thoughts often. I would quite like to have sex often. But these desires don’t make me doubt my decision, there are lots of types of feelings that we shouldn’t act on. – BA Philosophy/Linguistics 1st Year

Are you missing out?

No. I genuinely believe that life is so much more rewarding without sex being a hugely influential drive of my everyday decisions. Sex was implanted as an extremely appetising thing, but it by no means lived up to what it promised Don’t get me wrong, it was enjoyable, but it was not worth the extra mess. – PGDip Computer Science

No. Of course, at times it can be frustrating. But sex isn’t the most important thing in life. We don’t need it like we do oxygen, water, good relationships, meaning, and love. Having had sexual experiences, I know it will be worth waiting. – BA Philosophy/Linguistics 1st Year

How do other students react when you tell them?

People are often surprised. Some people think it would turn you into a psychopathic killer, driven mad by chastity. Thankfully, I can say this isn’t true. My friends generally understand and are very supportive! – BA Philosophy/Linguistics 1st Year

I’ve had off-hand remarks that I was oppressing myself by not having sex, comments of “I could not do that,” and other friends who said things such as “Geez! I would totally have gone to church if I had known the girls/guys were hot.” – PGDip Computer Science

How have romantic partners reacted?

Unfortunately, the no-sex-before-marriage conversation is one that needs to happen early in a relationship. A few weeks into my current relationship, I told my non-Christian girlfriend, “We need to talk about something serious.” She stiffened, as though she knew what I would say, and that it would hurt. When I told her, she sighed, relieved, and said, “Oh, thank God. That’s fine. I thought you were going to say that you have another girlfriend.” – BA English/Media 3rd Year

I don’t want to be with someone who doesn’t share my values, so it’s never an issue within a relationship. – BA Philosophy/Linguistics 1st Year

My first long-term relationship ended as I recommitted to becoming a Christian. I did not communicate with her clearly about this and for a while there was so much confusion and bitterness between us. I felt like an absolute pest for putting her through it all. We were able to reconcile a few months later with understanding and even with forgiveness – PGDip Computer Science

What made you ready if you have now had sex?

A few months into our relationship, my boyfriend and I started to have conversations surrounding sex. He was conflicted as to whether or not he wanted to keep waiting and I wanted to make sure that whatever decision he came to was one he was completely comfortable with as I had nothing but respect for his choice to wait. After many discussions, he came to the conclusion that he was ready and that is not a decision that either of us regret. – BA History/Geography 2nd year

Sorry ACCTG 101, better luck next time. All jokes aside, you can choose to wait, and it’s perfectly normal if you’re not doing it. There are other people out there and you can let go of some of the pressure. Sex doesn’t have a rule of when is the right time to start, so discover what you think is right for you, and stick to your convictions. 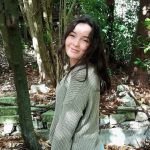