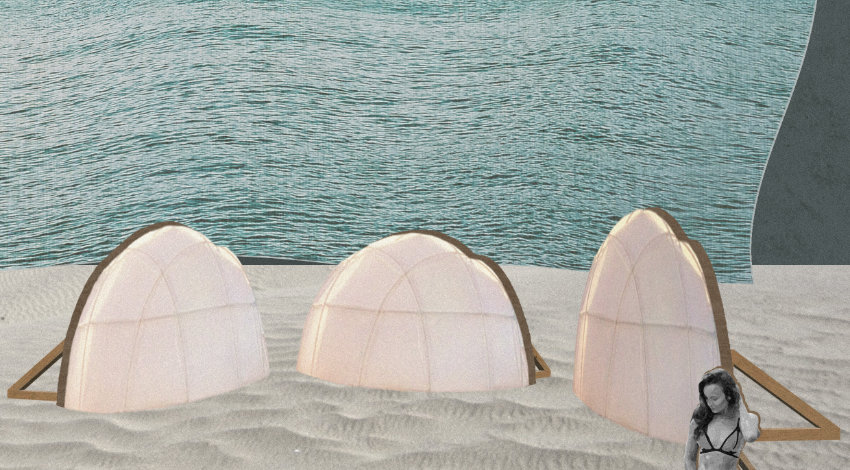 You probably caught the popular Netflix doco when it spread like a rash over Twitter and Facebook. Fyre Fest: The Greatest Party That Never Happened exposed the man behind the chaos of the famous festival flop. Billy McFarland successfully marketed exclusivity and luxury to Middle America, using highly persuasive methods of advertising (famous girls in bikinis on Instagram). However, Fyre Festival never quite lived up to the grand boats and butts that the slick advertising included.

After guests landed on the incredibly underprepared Bahamian island, they were left fighting over sandwiches and mattresses, and the island became a sight closer to Lord of the Flies than Coachella. Watching the documentary, it’s hard to believe how poor the planning of the event really is, in comparison to the Instagram campaign that sold out the event in just a few weeks. The team drinks excessively around talent brought in for advertising, sells tickets to campsites that aren’t built 45 days before the intended arrival and then fly guests to an island without having any planes to get them back home. Thankfully, the event lead to some hilarious Twitter moments and a couple of interesting docos, so MacFarland’s six years in prison for committing fraud hasn’t amounted to nothing. Fyre Fest provides a step-by-step guide to completely fail at planning a festival, the general gist being to over-promise and under deliver. Let’s pitch an Auckland Uni Fyre Fest, as amazingly awesome as the original, just to take your sweet Studylink coin and see how it descends into disaster.

We open with the most famous NZ instagirls of all, the ex-Bachelor contestants, all lying amongst the pretty, pink flowers of cherry blossom trees on a beautifully sunny day in Albert Park. The stars are obviously Zac Franich and Erin Simpson, just so we can piggyback off the buzz of their new engagement. The bachelorettes surround the couple and they all giggle and laugh together, sporting outfits that are somehow simultaneously appropriate for the beach and Coachella. Cut over to Mission Bay, with helicopter views of Rangitoto, go-pro footage in impossibly clear water and girls in bikinis, conjoined with taglines promising just a short walk to the water. Back over at the Albert Park festival grounds, we show rows and rows of food trucks set up, with worshipped brands like Wise Boys Burgers, Ha! Poke, Lord of the Fries, Better Burger, & Sushi, Brothers Brewery and Garage Project, strategically keeping the prices hidden from view. Groups of friends chow down on the delicious 5-star meals slouched over hammocks and beanbags arranged in the shade of the trees, listening to chill acoustic beats from Tash Sultana and Clairo.

Switching to nighttime, we catch amazing views of Auckland City and some even better shots of the Viaduct. Cocktail glasses are cheers’ed together at Holey Moley and super attractive people mess around with golf clubs and pop cultural icons, just cashing in on your nostalgia a little. One squad assembles at Dr. Rudi’s, bowling the night away. More footage from inside the thriving nightlife rolls, from the intimate drinks at Caretaker, to the swaying and dancing of Sweat Shop Brew Kitchen. We transition from jumping and singing of the club back to the Park stages, where things are going absolutely nuts, because -holy shit- the actual Jonas Brothers are headlining. They are to play their first show after the reunion at UOA Fyre BABY! Everyone hollers lyrics in sync, closing the night with the best concert of their lives. Everyone retires to beautiful studio apartments, finishing the incredible day with a final craft beer and communal reflection. They enjoyed being part of this moment, better yet, this movement. It’s a never-ending party.

Student bank accounts have been wiped clean and drug dealers are sold out; the day of UOA Fyre Fest has arrived. Ticket buyers are already grumpy because the luxury homestays promised basically consisted of mouldy flats in Grafton. But hey, that’s an authentic experience available for only $250 a week in Auckland City. The venue looks pretty underprepared, with Albert Park’s cherry blossoms covered by small huts and two out of three stages barely set up. A few attendees stab themselves on loose nails and screws littered around the barely-there infrastructure, and the St John’s tent starts to fill. 20,000 people start to pack into the park, which holds about 12,000, so everyone gets cozy really fast. As a result, pushing and shoving starts, and ankles are rolled on the hilly parts of the park. Things are starting to go south pretty quickly.

A few groups decide to head to the beautiful, blue water they had seen advertised, not expecting too much of a hike. They start down the hill of the park and spill out onto Queen Street, dodging guys with Bluetooth speakers and ignoring the endless catcalls they receive. The city seems much angrier in the rain, so, in their lack of clothes and glittery faces, they try to keep a low profile. Finally, after a bit of help from Siri, the groups come to the harbour, glancing down at the brown-green sea in disgust. Dirty fishing/port swims are not quite what they were thinking. Another pledge broken. Luckily, the ever-so-convenient Lime scooters sit along the waterfront. They push on with their exploration.

The brave souls remaining at Albert Park start to get thirsty. Seeking those bright and sweet cocktails and tasty craft beer, they head to the single bar set up and request a few drinks. In return, they are given bottles of Nitro and watered-down Smirnoff cans. This doesn’t set them off, alcohol is alcohol, and it takes more than over-sugared drinks to break NZ drinking culture. However, when they start to get hungry, some real protest arises. Turning to the food trucks set along the perimeter, the crowd gets impatient. Queues are massive, and those at the front of the line reveal the menu…  basically three different types of casserole. And of course, the meals are being catered by the UOA hall favourites, Flametree. The staff run for safety when they realise what this means to attendees. The promise of boujee meals broken, accompanied by a whole lot of pre-drinking, finally turns the crowd into absolute animals and things begin to spiral out of control.

Meanwhile, the adventurers push on with their quest, unaware of the breakdown happening at the festival grounds. They Lime their way to Mission Bay, following Google Maps, determined to make the most of the very expensive trip. The dream pulls the group forward and they run from mediocrity, cheering when Rangitoto comes into view, becoming completely delirious with hope. One of the Lime scooters starts to beep, the battery running low. Some have to be torn away from it, crying for their loss. But it’s a worthy sacrifice. They’ve made it. Bursting into happy tears, they stumble down the beach, before realising… it’s low tide. The water is a mile away. And the beach is littered with waste. Breaking the silence, someone’s phone buzzes; UOA Fyre Fest announces via Facebook that the event is cancelled. And, as if whoever’s up above is bored of all that, the cloudy day turns into a thunderstorm. The heavens open up, the thoughts of hope are shattered and the broken group turns to one option. Vengeance.

Following the announcement, riots have ravaged the festival grounds and attendees have turned on each other, dividing out into factions. Dudes in Hawaiian shirts have claimed the mainstage, hoarding food and drinks. A Doc Martens camp has built on the band rotunda, maxi dresses fashioned into battle-wear, ready to attack the supply. One group has created climbing equipment out of their oversized earrings and scaled trees to wait out the mayhem. A bunch of people, who weren’t high or drunk out of their minds, just gave in to disappointment and went home. Suddenly, another group is thrust into the mix! The Limers are back, with an offering. They have captured some of the organisers, who were oh-so-close to escaping. The factions come together in peace, meeting their common enemy. The ones who sold them the dream, pumped fantasy into their veins and then stole it away.

One of the festival goers extracts a lighter from their pocket. Another offers up a rope. The group glances at their official wristbands and then towards the cherry blossom trees. Thunderclaps shout from overhead, harmonizing with evil, unforgiving laughs. The noise encircles the prisoners.

“Give people a reason to remember Fyre.”