The Rise of Tarot

I’m a big believer in bad decisions. But when it comes to more significant choices, you can’t just pass on choosing which courses you’re taking next semester. One way I get around this is with a divination method that has been steadily growing in popularity: tarot.

A once frowned-upon staple of mysticism, tarot seems to be becoming the guiding hand many students turn to. In a week celebrating the future, at an institution that theoretically should help us realise ours, why not look into why more and more of us are looking to the cards for assistance?

While understanding tarot might be like speaking French to some people, I was weirdly fortunate to grow up around it. My mum was a bit of a teenage rebel, and chose to convert to Wicca. While I wasn’t allowed to play with her tarot cards, I grew up learning about them and what they meant.

That immersion meant that I picked up quite quickly when mysticism and divination started to emerge in mainstream culture. No longer did people groan or roll their eyes when I mentioned the cards. No, they asked real questions, even if they bordered on impossible.

Sadly, no amount of tarot could tell whether they really would get a Nintendo DS for Christmas. The more I paid attention, the more there seemed to be a steady rise of people growing curious about how a deck of cards could guide your future.

Of course, this was the mid-2000s, and I’m willing to bet that that person doesn’t even remember whether they got their much-coveted Nintendo DS or not. But that doesn’t mean that there isn’t evidence of an uptick of intrigue into tarot. A quick dive into the trends of Google searches for tarot in Aotearoa in the past decade shows steady but sure growth in interest in the past five years, with the most recent peak in interest occurring from May 30 to June 5 earlier this year (at 92% interest relative to the highest peak on the chart). When looking at the top related search queries, the most popular by far is “tarot reading.”

It’s become quite common recently to talk about how “uncertain times are upon us” in our post-COVID society as if any time in history were certain and predictable. Over the past year or so, though, we students were slapped with an event I’m sure none of us had on our 2020 bingo card: a global pandemic. Events were being cancelled, trips postponed, and our education system had to adjust to being dumped online. It was difficult, adapting to remote classrooms and the “new normal” we were facing. Naturally, it led to some soul-searching. People intending to study in fields such as tourism, for example, now had a difficult choice to make. Did they continue to work towards a career path that seemed on hold for the indefinite future? Or did they shift the goalposts to ensure post-education security?

Tarot comes into play here because people tend to turn towards spirituality and guidance when they’re living in uncertain times to find answers and reassurance. But, as opposed to asking physical people, asking a deck of cards makes us feel more in control over our futures and what might be coming.

My own background and biases, of course, can also be blinding. I mean, I grew up with tarot and in an environment that welcomed it. But what about how others felt? All that considered, I did what any other serious, dedicated sociocultural researcher would do and asked a couple of mates.

They raised an important point: are we, both as a society and as students, growing more uncertain about our futures when careers appear to be crawling out of reach? Absolutely. But are we also finding ourselves in an age of religious and spiritual divergence? As it turns out, yes.

Look around you for a minute. No, I don’t mean that metaphorically. Put this fabulous magazine down—just for a moment!—and take a look at your surroundings. If you’re at home, what I’ve asked is probably pretty useless. But suppose you’re on campus or sitting in a cafe taking photos and ignoring your mounting assignments. In that case, it’s easy to spot the diversity in the people around you.

Here in Aotearoa, while we were once a predominantly white and Christian nation, as of the 2018 census, roughly half of Kiwis identified as non-religious (a whopping 48%), and almost 30% of us ethnically identify as non-European. For context, in the 1961 census, Europeans made up 92% of the population.

Yes, I know, that’s a lot of statistics and numbers, and really the only people who will enjoy that are the maths majors among us. But this evidence of Aotearoa’s multicultural growth is essential when we consider the Church’s rejection of divination on the basis that it contradicts God.

It’s not rocket science to work out that this stance could be the reason why tarot’s popularity in Aotearoa used to sit lower than Judith Collins’ polling results.

We’re living in the future of our ancestors, and their choices often lead to how we grow up. But our environments are critical to our development, too—does this mean that our diverse surroundings have affected our perception of tarot?

Religion is a very personal thing. Some of us are raised within religion and stick with it; some of us don’t. Some of us aren’t at all religious, or we convert to new approaches, but that doesn’t mean that we’re necessarily closing ourselves off to the subconscious influence of the spiritual world around us. I was raised non-religious in a multi-religious household. But, I can count at least six different religions among the beliefs of my friends, and that’s just off the top of my head. Believing in one religion doesn’t blind us to the perspectives of others. So it stands to reason that, as our society has grown more and more secular, our attitudes towards “rejected” practices like tarot are bound to shift and change along with us.

I’m a big advocate for tarot. I find it calming to go through the motions, even when the cards provide some tough self-reflection. As with all things, though, we should try not to entrust our entire lives to them either. Gentle guidance is all well and good, but not if it’s about to guide you into cutting your own bangs.

Google is your Crystal Ball: Tarot cards originally began just like any other playing cards, among people who just wanted a good time. The cards are split into the Major and Minor Arcana. Each of the Minor Arcana typically corresponds to a suit of: pentacles, swords, wands or cups. The Major Arcana features 21 trump cards which correspond to various figures and themes. On top of this, the figure of the fool is commonly grouped with the Major Arcana. There are various interpretations for each card as well as a diverse range of pulling, placement, and shuffling techniques. Google and Wiccan resources cover a wide variety of starting points — as with any new information, take it with a grain of salt. 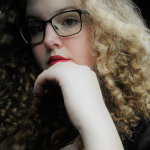