The Misogynistic Underbelly of Sex-Positive Feminism

Is this ‘freedom to fuck’ actually liberating?

You are just a hole! Dump him and double your body count! Refer to yourself as a “slut who loves sex” and watch men drool over your very existence. Is there anything kinkier than being sexually liberated from the shackles of the patriarchy? The sex positivity movement within feminism centres on the concept that sexual liberation is a goal in the feminist agenda. To be truly free, women must fight sexual repression rooted in patriarchal power structures and finally gain our prerogative to sexual pleasure. But is sex positivity just a scheme cooked up by men to craft female sexuality within the constraints of male desires?

Sex-positive feminism can be traced back to the second wave, which recognises the importance of allowing women to reclaim their sexual agency in order to achieve female empowerment. Sex is a vehicle for reimagining power, and by challenging the cultural norms surrounding sex, especially the concept that non-procreative or unmarried sex is shameful, women are empowered to embrace their bodily autonomy. Sexual liberation is necessarily politicised to dismantle the patriarchal control over sexuality. Feminists advocated against the status quo of sexual repression by promoting increased access to reproductive healthcare, comprehensive sex education, safer sexual practices, and most importantly, consent. As a pluralistic phenomenon, feminism also encompassed critique against sex positivity within the heterosexual matrix, due to the belief that male sexual dominance creates the conditions for female sexual submission, and subsequently, sexual violence. Despite the conflict between the various ideological facets, there was a mutual understanding between feminists that sexuality is not a private issue; sexuality is a structural problem shaped by patriarchy, capitalism, and white supremacy.

With the shift of sex positivity into the mainstream feminist sphere, female sexuality slowly lost its stigma, thus destabilising the social norms of kink- and slut-shaming. In the process of stripping sex-positive feminism to the bone in order to satiate the hunger for sexual liberation, the movement misplaced the core components of consent, agency, health, and safety. Essentially, a gap was left when removing the void of sexual repression, which was filled by male fantasies and patriarchal notions of what sex should look like. Think about it, isn’t it convenient that “the sexually liberated modern woman turns out to resemble—what do you know!—the pneumatic, take-me-now-big-boy fuck-puppet of male fantasy after all.” These representations of empowerment under the banner of sex positivity actually are oppressive stereotypes recast as a personal choice. Apparently, for women to be equally liberated, she has to like it rough, refrain from emotional intimacy with her partner, and be open-minded enough to welcome new parties into the bedroom. This misconception (often preached by podcasts like Call Her Daddy) that sexual liberation is synonymous with meeting men at their level is extremely harmful, as women are encouraged to participate in a shallow repackaging of the patriarchy that does not necessarily serve their best interests.

Call me a prude, but I do not want to be choked on the first date. Nor do I want to take away young girls’ autonomy to explore their bodies and be sexual. My criticisms of sex positivity are based on my own bad experiences of sexual experimentation as a teenage feminist and being pushed beyond my comfort zones to be considered ‘cool.’ Now, I’m very cynical about the progressive doctrines of sex-positive feminism, because I feel fucked over. Due to my exposure to sex positivity, I ingrained the idea that I should be completely comfortable with having meaningless sex and completely overlooked how this mentality caters to the patriarchy. While hook-up culture can be enjoyable, I personally did not find my encounters rewarding but failed to articulate my grievances because doing so is considered to be ‘anti-feminist.’ I spent my life trying to conform to the male fantasy that is reframed as my own decision. By falling short of unrealistic and unachievable patriarchal expectations in spite of having the perfect performance, I ultimately ended up feeling exquisitely shitty about myself.

Being empowered to say yes does not cloud the right to say no. To quote bell hooks, female sexual liberation should not be misconstrued as “free pussy, with no strings attached.” Sex-positive feminism cannot exist without examining the nuances of sex positivity within the intersectional framework of gender-based violence and how patriarchal power relations function in society. Feminist sexual agency can be equally about spreading your legs while swiping through a storm of Tinder matches or refusing to touch men. As long as you draw boundaries that safeguard your comfort and be cognisant that your consent may be contaminated by potentially reactionary rhetorics of sex positivity, the world is your oyster. 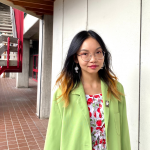